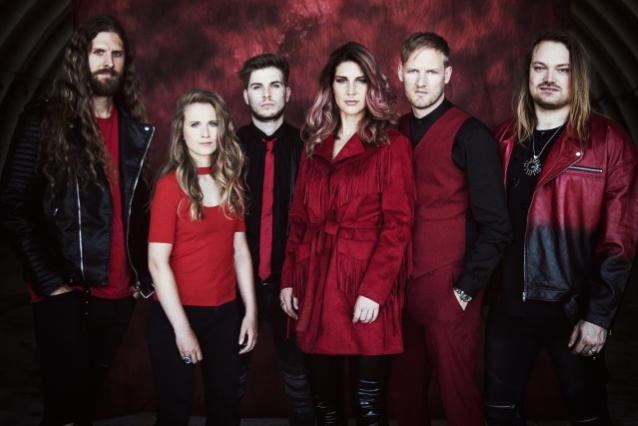 DELAIN drummer Joey De Boer will miss at least the first few shows of the band's upcoming North American tour with AMORPHIS and Anneke Van Giersbergen, which is scheduled to kick off this Thursday (September 19) in Philadelphia, Pennsylvania. According to a Facebook post by the Dutch metal band, "there has been a delay" in obtaining Joey's U.S. visa and "it may take as much as a couple of weeks to get" the paperwork processed.

DELAIN writes: "Although we are deeply disappointed by the situation, we fortunately have a solution to rock out with all of you U.S. Delainers as planned.

"We are very grateful that AMORPHIS's drummer Jan Rechberger has offered to perform double duty this tour and take his place behind the drums with DELAIN as well. Many thanks to him!"

In other news, DELAIN will release a new single, "Burning Bridges", on September 27. A teaser for the song's music video is available below.

This past June, DELAIN frontwoman Charlotte Wessels confirmed that the band was putting the finishing touches on its new album for an early 2020 release.

DELAIN's latest release was "Hunter's Moon", which came out in February via Napalm Records. The effort consisted of new studio tracks accompanied by a live Blu-ray from the band's sold-out "Danse Macabre" 2017 European tour.

Dear Delainers,
Due to circumstances unforeseen and beyond our control, there has been a delay in our drummer Joey's US...