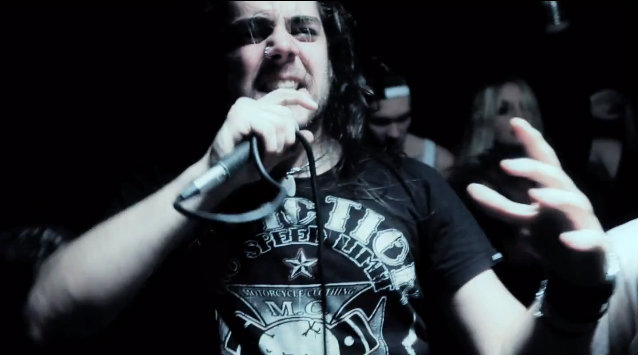 "Scars Of Misery", the new video from Stockholm, Sweden-based melodic death metallers DEGRADEAD, can be seen below. The song is taken from the band's fourth album, "The Monster Within", which was released on August 23 via Metalville. The CD was recorded between January 14 and February 2 at Panic Room studios in Skara with producer Thomas "Plec" Johansson and marks the group's first release with new drummer Amit Mohla. According to the band, "This album ended up being the best DEGRADEAD album so far! More dynamic, more melodic, more thrashy, more of everything!"

Commented Johansson: "It has been great going back to the roots even on this one. No drum triggers or sample replacements used whatsoever, which is otherwise so commonplace in today's metal productions. We did it the hard way, with getting the right sounds from the start and having Amit actually playing the parts until we got the takes we needed, tuning the drums in between takes, switching snares for different songs etc... No plugins were used in the process either other than for very surgical tasks and special FX. All other processing are real chambers, hardware reverbs, delays, compression and EQ. Five times more work, but five times more fun and inspiring plus it's five times more fun to listen to."

"The Monster Within" track listing:

Regarding what impact Sehlin's addition to ENGEL will have on his status in DEGRADEAD, DEGRADEAD said: "Mikael is still our vocalist and he is still 100% dedicated to DEGRADEAD and this will not affect DEGRADEAD."

DEGRADEAD's third album, "A World Destroyer", was released in North America on June 28, 2011 via Metalville Records.

On August 6, 2010, DEGRADEAD played for their first time at the Wacken Open Air festival in Wacken. Germany. Their full set, as performed on the W.E.T Stage before an enthusiastic audience, along with many extras, is included on the DVD release, "Live At Wacken And Beyond", which was released on February 28, 2012 via Metalville Records. The disc also contains "From Tullinge To Hyderabad", a 50-minute documentary following DEGRADEAD from their first years in Tullinge, a small suburb south of Stockholm where the band was formed, to their successful tour of India in February 2011. It includes interviews, live clips and a lot of other "interesting stuff for the fans." 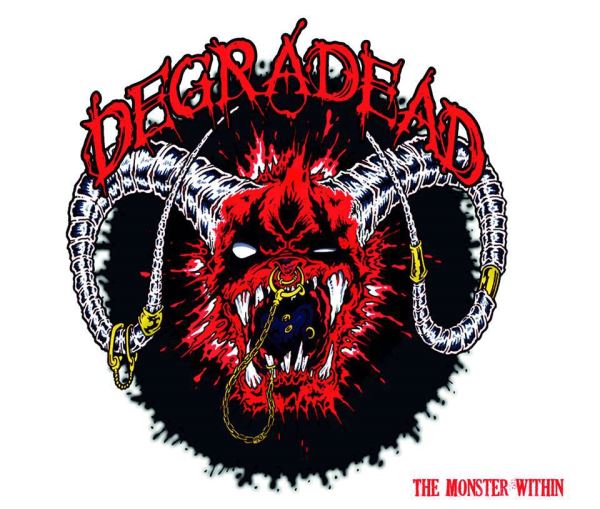