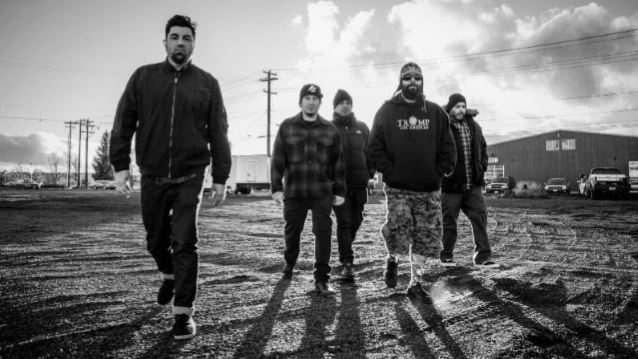 DEFTONES singer Chino Moreno has once again dismissed rumors that Stephen Carpenter might leave the band, after the guitarist made comments in which he expressed being unhappy with the direction of the group's new album, "Gore". Now speaking with U.K.'s Kerrang! magazine, Moreno said about Carpenter's remarks: "People are saying, 'Are you mad about what Stef said?' Fuck no! That's Stephen! He says that shit to me! I understand when he says stuff like that, people are going to react in a certain way, but Stephen didn't say it to make people react — he was just being Stephen. That's how shit is."

Carpenter insisted that his original comments did not create any additional tension between him and his bandmates. "[There was] not a single e-mail, text message, phone call [from any of them]," he said. "You know what came out my end? Straight crickets. Like nothing happened."

He continued: "When I gave 'the interview,' I was just saying that, in the beginning, I wasn't too inspired by what was going on. I didn't elaborate. The emotions tied to that statement were really all around one song called 'Hearts/Wires'. Once I got over my B.S. about it and dug into it, I found a place in it where I like it and have fun. It ended up one I liked the most. It's so funny how things get spun out."

Asked if he was happy with "Gore", Carpenter replied: "Oh, yeah! I went eight records before I had any kind of issue. But I've already lived through two records in the past where somebody else didn't enjoy them at all. For me to finally hit a wall, I think I lasted pretty good, because I've seen other people already buckle."

Moreno concurred, telling Kerrang!: "In the end, we are all fulfilled. I think Stephen is fulfilled. I will speak for him: he fucking is! I see it in his face! We played the new songs a couple of days ago and I watched him light up with excitement the same way I was realizing how dope some of this shit was. Straight up."

Carpenter added: "People are too emotional about their lives. I see it in my lives and my friends' lives, technology has given people so much information and it should have been something that freed us up and be more rational. Instead everyone is more emotional and stressed, and so heavily invested in the behavior of other people."

Carpenter continued to lay at least some of the blame for the rumors at the feet of social media, saying: "People need to cool off. It has to be understood that it’s an awesome invention and it's an awesome platform for people to be able to communicate. But, like everything, it’s just been saturated to the point where you can't say anything without all this fallout."

Moreno recently described Carpenter as the "odd man out" while the band recorded its eighth studio album, although he added that it "wasn't our intention to exclude him."

"Gore" arrives in stores on April 8. 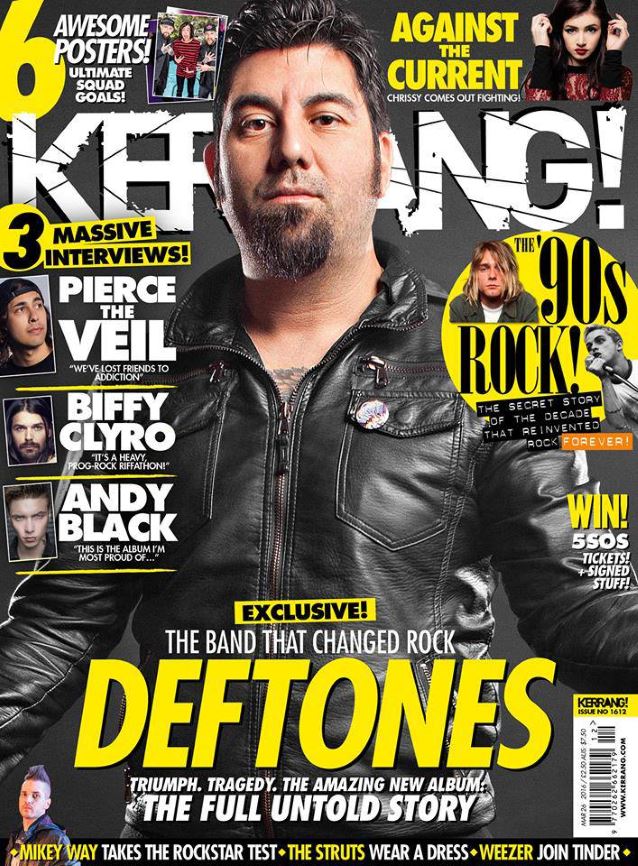