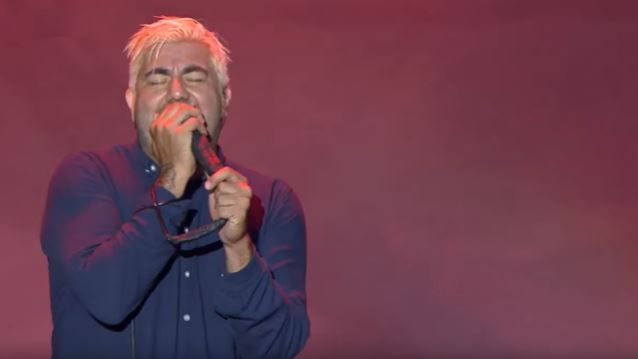 DEFTONES singer Chino Moreno has told TeamRock that his new band SAUDADE has a number of new songs in various stages of completion.

SAUDADE in April released a track, also called "Saudade", that is available on BitTorrent. And now Moreno says that the group has another "12 to 13 songs" written.

He told TeamRock: "Most of it is instrumental. There may be some stuff with me singing on it, but mostly I'm just playing guitar.

"It's just fun. At this point it's not so much a band as a project. These are guys that I admire and I'm lucky to be friends with them — so we made a batch of songs together.

"Slowly but surely, they will probably come out — but it's more likely to be something that I leak out or let people hear, as opposed to something we'll package up and try to sell. That's not the idea behind it."

Moreno also talked about Dr. Know's health after the BAD BRAINS guitarist was hospitalized last November in serious condition, with what was initially cardiac arrest turning into multiple organ failure.

Moreno said: "He's actually getting better and he's in therapy right now to try and get back to normal, but it's looking very good. He'll be back in form, sooner or later."

In addition to DEFTONES, CROSSES and now SAUDADE, Moreno's other projects include TEAM SLEEP and PALMS.

Moreno and DEFTONES released their eighth studio album, "Gore", in April. The LP debuted at No. 2 on The Billboard 200 with 71,000 copies sold.