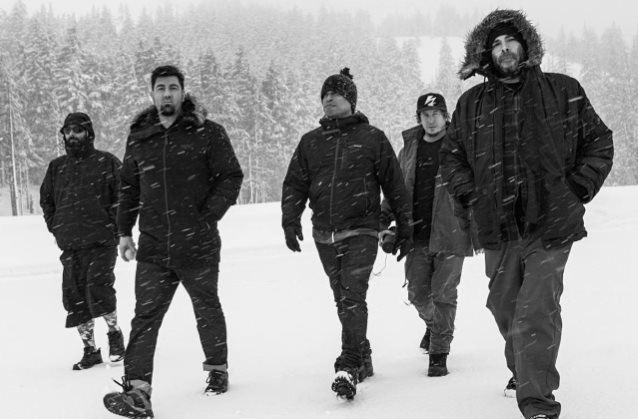 California-based rock band DEFTONES will release its eagerly awaited eighth studio album, titled "Gore", on April 8 via Warner Bros. Records. "Gore" is available for pre-order beginning today at www.deftones.com. Those who pre-order will receive an instant download of the first single, "Prayers/Triangles". The album was produced by Matt Hyde and DEFTONES.

Says DEFTONES singer Chino Moreno of the album: "Out of respect for Pac, Big, Stevie, Michael, Hendrix, 'Gore' is ONE of the greatest albums — not the greatest, just one of."

In addition, the DEFTONES music store will be offering an exclusive and limited-edition 180-gram, double LP vinyl version of "Gore". This will be limited to 3,500 foil-stamped and numbered gatefold jackets and is available for pre-order here.

Moreno said that "Prayers/Triangles" was very much in the classic DEFTONES style, explaining: "It's just one of those songs that's very 'DEFTONES-esque,' where that dynamic is there as far as that ebb and flow… that dichotomy is what makes us who were are in a way. It's sort of our DNA. So I feel like it's a good representation of where we're at right now and where we've been in the past as well."

DEFTONES will hit the road in the spring, starting with a March 5 headline performance night two at Travis Barker's Musink festival — a three-day tattoo convention, car show, and concert, followed by appearances at this year's SXSW music festival. May and June will find DEFTONES appearing at major festivals in the U.S. and Europe, including Carolina Rebellion, Rock On The Range, Rock Am Ring, Rock Im Park, and Download, among others as well as a solo-headline play at Wembley Arena.