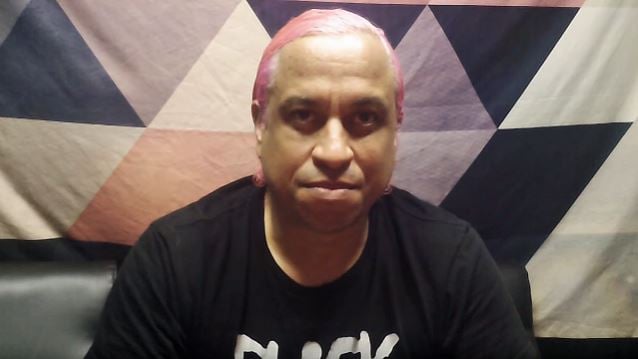 According to The Pulse Of Radio, DEFTONES bassist Sergio Vega has gotten involved in the efforts to bring more aid to Puerto Rico following the devastation left behind there by Hurricane Maria. Six weeks after the storm hit on September 20, there is still no adequate drinking water or electricity on the island, and thousands have fled, perhaps never to return.

In a video shared by Revolver, Vega says: "I'm personally impacted by this because I have family there, I have a place there, I have friends there, and even if I wasn't, it's a humanitarian crisis that needs to be addressed." He continues: "There's been minimal coverage of the actual extent of the devastation there, there's been minimal aid from the federal government and that's something that needs to change as soon as possible."

Vega adds: "There's a real lack of fresh water — people don't have anything to drink. People don't have electricity. There are elderly people in buildings that are trapped in their apartments because the elevators don't work. There are hospitals operating in the dark. And people like us can do something."

Only 30 percent of the island's 3.4 million residents have had their power restored, and rebuilding efforts are still woefully far behind.

DEFTONES are starting to plan the writing sessions for their ninth studio album, which will follow up 2016's "Gore".