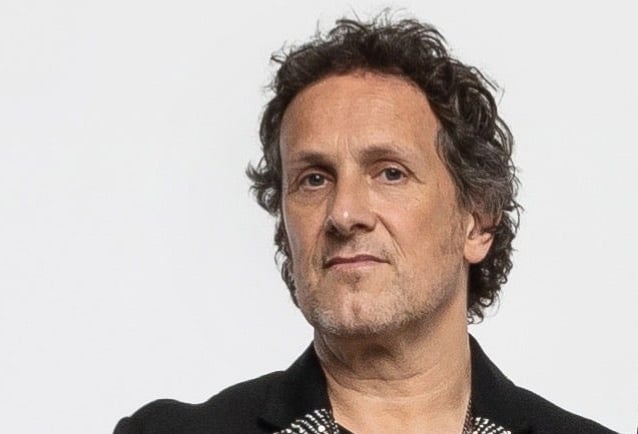 In a new interview with Metal Talk, DEF LEPPARD guitarist Vivian Campbell was asked if he was surprised when he first heard MÖTLEY CRÜE was returning to performing live so soon after announcing its retirement. He responded: "No. [Laughs] I mean, nobody in this industry has ever really retired. I guess that's the thing about being a professional musician. If you're an athlete, you kind of have to retire once you've reached the pinnacle of your career and you can't do it anymore. But musicians… I feel I've been playing and singing better than ever. That's the beauty of being a musician — you can refine your skill set and get better every year, and that's true of DEF LEPPARD. Phil [Collen, DEF LEPPARD guitarist] and I talk about this a lot. Just look at bands like THE ROLLING STONES. If you keep yourself in reasonable shape and stay valid in some way, you can still do this. As long as you can stand, you can still do it."

Campbell also talked about DEF LEPPARD's touring plans for after the rescheduled "The Stadium Tour" with MÖTLEY CRÜE, POISON and JOAN JETT & THE BLACKHEARTS. The trek was originally slated to kick off in a week — on June 18 at TIAA Bank Field in Jacksonville, Florida — and run through September 5 in Los Angeles, but it was recently postponed due to the coronavirus pandemic which is sweeping the globe.

"Before the virus hit, there was such a great response to the package tour, and we were just adding more and more shows," Vivian said. "Within weeks of it going on sale, we already sold out 11 of the stadiums and we were receiving interest from Europe and Japan and all around the globe to take that package tour overseas, so I hope that when the world gets back to normal there will still be that hunger for it. I mean, bands of our generation are reaching more and more fans year after year, and our fanbase has grown exponentially in recent years. That's so exciting for us, and it bodes well for the future."

As of January 30, "The Stadium Tour" had already grossed $130 million from one million tickets sold, plus another $5 million worth of VIP seats, according to Billboard.