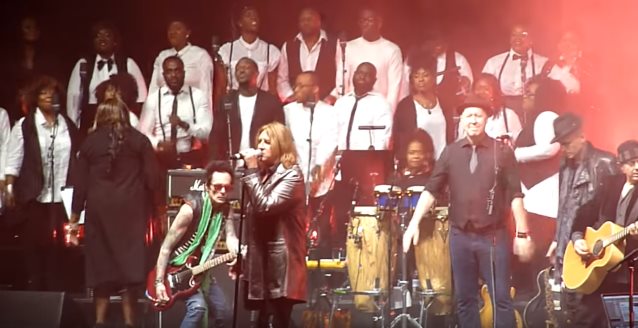 Elliott sang a version of the Bowie-penned MOTT THE HOOPLE track "All The Young Dudes" with The London Community Gospel Choir and an interpretation of "Suffragette City" at the "Celebrating David Bowie With Gary Oldman And Friends" event, which was held on what would have been the late British singer, songwriter, actor and fashion icon's 70th birthday. "This is a religious experience. Let's take these people to church," Elliott said while introducing "All The Young Dudes".

The London event was the first in a planned series of global concerts to honor Bowie's legacy in aid of local charities.

Also appearing at "Celebrating David Bowie With Gary Oldman And Friends" were some of the past touring members of Bowie's band, including guitarist Earl Slick, guitarist Adrian Belew, pianist Mark Garson and bassist Gail Ann Dorsey. Dorsey sang lead on a number of tracks, including "Space Oddity" and "Young Americans".

All proceeds from the 5,000-capacity, sold-out show will go to the Children & The Arts charity.

Other Bowie tribute events in the series will take place in New York, Los Angeles, Sydney and Tokyo, and will raise money for youth arts education. 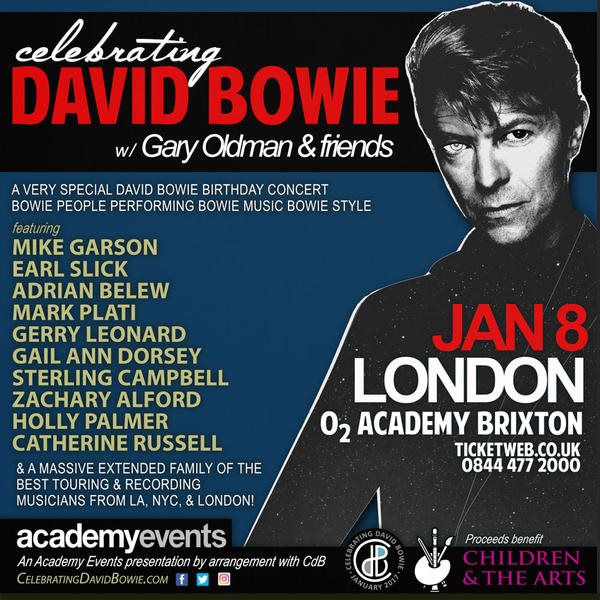