DEEP PURPLE stands alongside LED ZEPPELIN and BLACK SABBATH as part of the Holy Trinity of British hard rock. The list of the band's classic songs is legion, and the influence it's had on successive generations of musicians is both enduring and remarkable. Rhino will celebrate DEEP PURPLE's history with three definitive collections.

"A Fire In The Sky" will be available as a single CD and a three-CD set on September 8 in North America with an international release following later in the year. A three-LP version will also be available on November 3. Each version includes a selection of songs chosen from the 19 studio albums that DEEP PURPLE recorded between 1968 and 2013.

The single-disc version of "A Fire In The Sky" features 20 songs and focuses mainly on the band's singles. The heavy hitters are here, of course — "Smoke On The Water" and "Highway Star" — but so are gems like "Perfect Strangers", the title track from the band's platinum-certified album from 1984, as well as "Hell To Pay", from 2013's "Now What?!".

The three-disc version of "A Fire In The Sky" dives even deeper into PURPLE's past with 40 songs and includes at least one track from every studio album through "Now What?!". It also provides the ultimate showcase for the group's various incarnations through the years. To date, more than a dozen musicians have appeared on a DEEP PURPLE album.

"A Fire In The Sky" will also be available as a three-LP set that includes 27 songs. Among the highlights are the single edit version of "Woman From Tokyo", the U.S. single edit for "Burn", and the radio edit of "Bad Attitude".

Earlier this year, DEEP PURPLE released their 20th studio album, "Infinite", and as announced a co-headlining North American tour with ALICE COOPER. It begins on August 12 in Las Vegas.

"A Fire In The Sky" single-disc track listing:

"A Fire In The Sky" three-disc track listing:

"A Fire In The Sky" three-LP track listing: 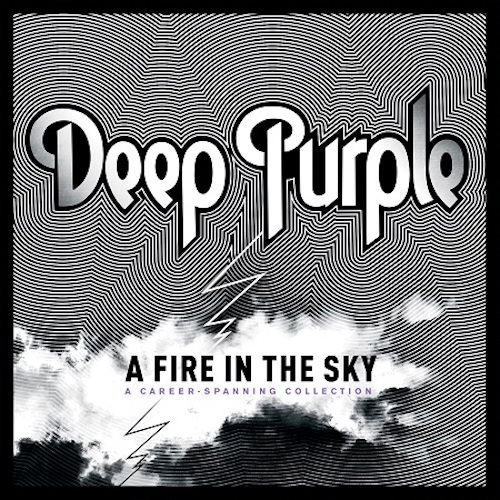