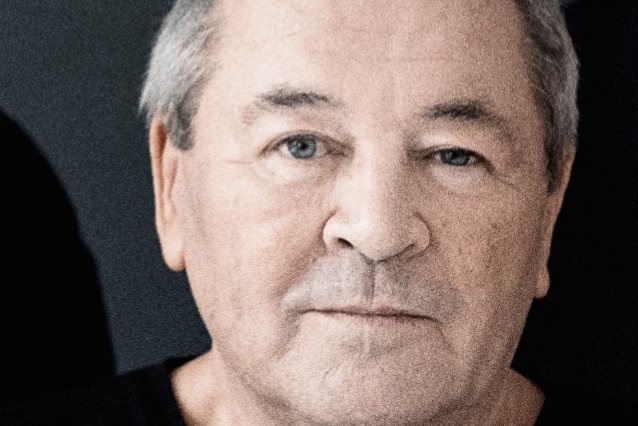 DEEP PURPLE singer Ian Gillan has once again shot down the possibility of a reunion with Ritchie Blackmore, saying that "the rain stopped and the sun came out for the band" once the guitarist left the group.

During an appearance on "The Vinyl Guide" podcast, Gillan was asked if there are any circumstances under which he would be open to playing with Blackmore again. He said (hear audio below): "Well, you know, [Ritchie has] been playing minstrel music for twenty-five years nearly. He got together RAINBOW for a few shows recently. I've got some friends, or acquaintances, to whom Ritchie is god, an absolute god, and they think he's not playing rock and roll like he used to. And I'm putting that as kindly as I can, because Ritchie and I are getting on okay these days; there's no great animosity anymore, and I've publicly wished him well as often as I can. We nearly had dinner together a couple of times.

"The answer to your question is no," he continued. "There's no reason.

"Put it this way: for all those years, the wounds would have healed within a year. But if somebody keeps poking a wound, it won't heal — it won't, if you keep poking it with a stick.

"We're happily married now. Ritchie and the band got divorced. He walked out in the middle of a tour, and the rain stopped and the sun came out for the band. It was like that."

Gillan added: "Ritchie was a difficult character; there's no denying that. And suddenly Ian Paice [drums] came alive again; he was a happy guy. And Jon Lord [keyboards] regained his gravitas. And Roger [Glover, bass] came out from under a rock. Everyone started being their normal person again. It was a big cloud on the social and musical and professional scene.

"As Ian Paice puts it best: why would I go back to that misery again? It's like somebody saying, 'You're happily married now, but we want you to get back together with your divorced wife, with which there's been much bitterness over the years — just for the sake of the fans.

"It's not gonna happen."