"Stay Tuned" is the passion project of Austrian multi-instrumentalist Bernhard Welz. Not unlike other musicians, Welz often gathers his musical friends around to play and sing along to the songs he wrote, produced and arranged. The difference between him and others is however, that his friends include some of the greatest rock and roll legends of our time. Among many fantastic others, these include DEEP PURPLE's Jon Lord, Ian Paice, Ian Gillan, Don Airey, Roger Glover and Steve Morse, Mark King of LEVEL 42, Steve Lukather (TOTO), Steve Hackett (GENESIS), Suzi Quatro, Dan McCafferty (NAZARETH), Jeff Scott Soto, Tony Martin (BLACK SABBATH), Bob Daisley (OZZY OSBOURNE), Steve Lee and Marc Lynn of GOTTHARD.

This star-studded listening experience was brought to life to celebrate and commemorate friends, respect and — above all — the love for music. Defined by an abundance of talent on all instruments, "Stay Tuned" transports the listener to a time when classic rock was everything - and features solos and riffs from some of the most revered posterchildren, who were there to tell the tale. The individual talent and experience of each of these thoroughbred artists, when accumulated, created a sophisticated interplay which is not only fun for the artists themselves but to listen to for all rock fans. It is a true celebration of rock'n'roll!

"Stay Tuned" is going to be released as CD and digital on November 30 on earMUSIC. All proceeds go to the Linda McCartney Fundraising Centre — a charity very dear to the founder of "Stay Tuned". 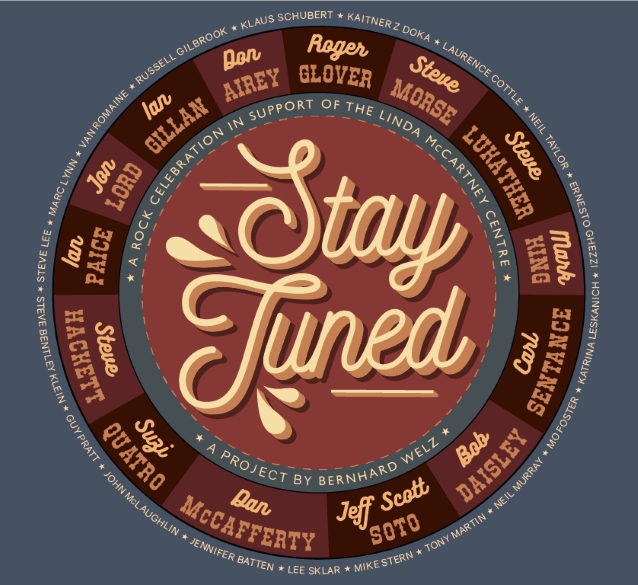