On September 14, 2002, hard rock pioneers DEEP PURPLE took the stage for a landmark concert at the NEC in Birmingham, England to bid farewell to founding member and keyboard legend Jon Lord.

On August 26, Eagle Rock Entertainment will deliver this very concert with the release of "Live At The NEC" on DVD and digital formats. Previously only available as part of the "Around The World Live" boxed set, this film is being made available for the first time as a standalone DVD.

One of the most emotional concerts in DEEP PURPLE's long career, "Live At The NEC" is a unique experience in that it features both their keyboard players on stage — Jon Lord and Don Airey. Lord had announced his retirement earlier that year, and Airey was subsequently brought on board. Airey serves as the principal keyboardist throughout the show, culminating in a solo before the lights drop, and Jon Lord appears for a storming version of "Perfect Strangers". The two share keyboard duties for the rest of the night, in a fitting passing-of-the-torch moment.

"Live At The NEC" track listing: 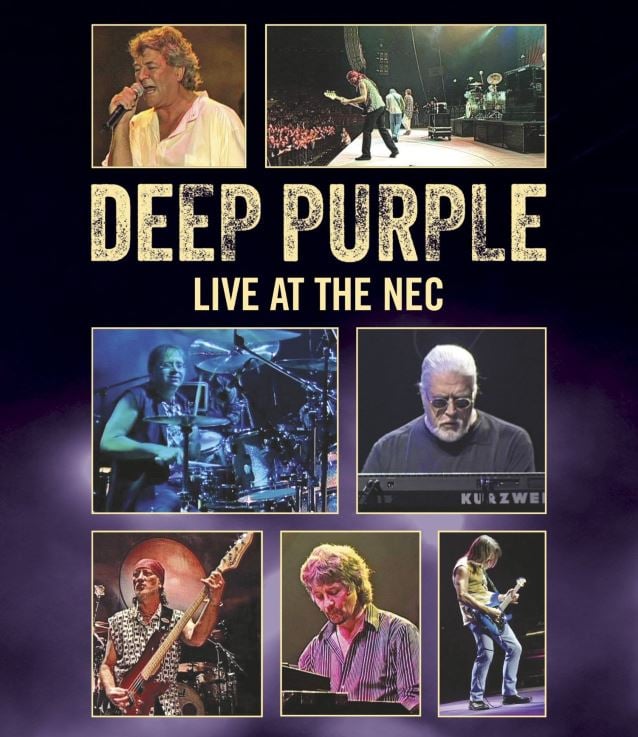