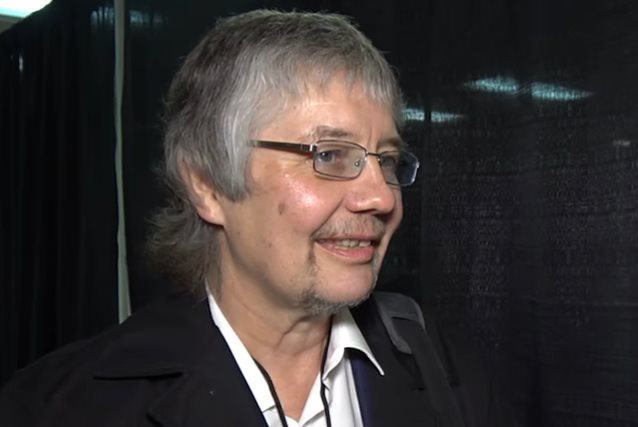 British rock legends DEEP PURPLE will release their new album, "InFinite", the highly anticipated follow-up to their worldwide chart-topping effort "Now What?!", on April 7 via earMUSIC.

Speaking to Vintage Rock at last month's Hall Of Heavy Metal History induction ceremony at the Anaheim Expo Center in Anaheim, California, DEEP PURPLE keyboardist Don Airey stated about the band's new disc (see video below): "[It was] recorded in the same studio in Nashville [as 'Now What?!'], [and] with the same producer. It's a little heavier than the last one. It's a bit more prog, as we say in England. I think it's gonna surprise a lot of people. It surprised me when I heard it. [Laughs] I mean, it really did."

Asked if the upcoming tour will mark DEEP PURPLE's farewell to the concert stage, Airey said: "Well, we've got two years of touring coming up. Whether there'll be anything beyond that, time will tell. As Bruce Payne, our manager, said, never say never. But we'll just have to see. I just heard about Ozzy Osbourne not facing up to retirement very well. He's going, 'What am I gonna do?' You know, this is what we do, and if people still want you to do it and you can do it, well, let's do it."