Legendary British hard rockers DEEP PURPLE have canceled the two shows they were scheduled to play in Sweden this week (Tuesday, June 14 at Gröna Lund in Stockholm and Wednesday, June 15 at Liseberg in Gothenburg) after one of the bandmembers became ill. No further details have yet been made available by the group or the promoter.

DEEP PURPLE recently finished recording its new album for a late 2016 release. The follow-up to 2013's "Now What?!", which was tracked earlier this year at a studio in Nashville, Tennesse, was once again helmed by Bob Ezrin, who has previously worked with KISS, PINK FLOYD, PETER GABRIEL, ALICE COOPER and KANSAS, among others.

DEEP PURPLE bassist Roger Glover recently talked about the band's writing process, telling Ultimate Classic Rock: "We jam and jam and jam, and if we find something that we like to play or that works well or inspires us, then we'll try to knock it into some kind of arrangement. Then, once we've got that, Ian [Gillan, vocals] and I will figure out what the song's really all about, and write the lyrics and all of that stuff."

DEEP PURPLE's first new album in eight years, "Now What?!", topped charts in Germany, Norway and Austria and peaked at No. 19 in Britain. 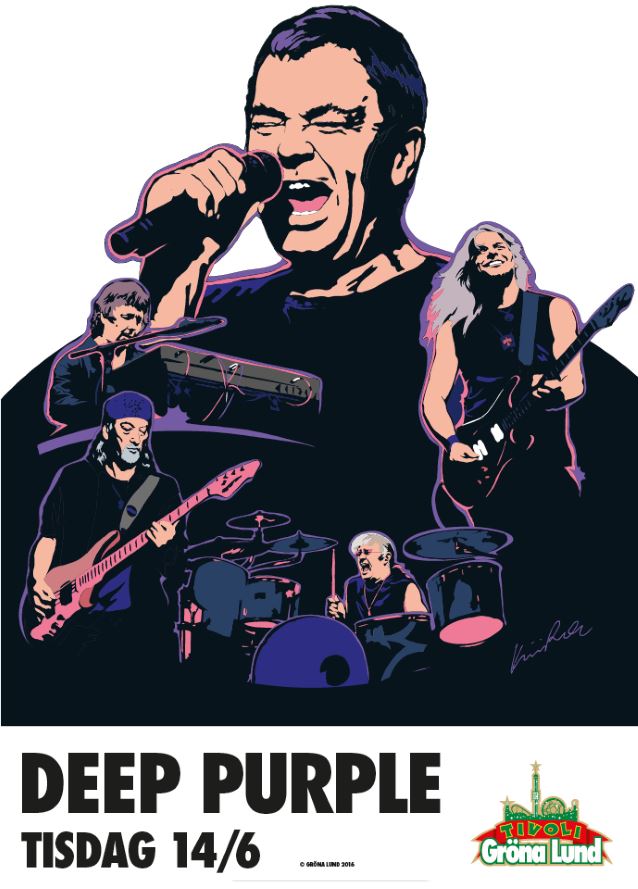