Enthused by DEEP PURPLE's arrival in town, the local press dubbed the concert "das Rockereignis des Jahres [the rock event of the year]." And it was — in more ways than one.

Previously unreleased in its entirety, "Graz 1975" — will be released in North America on September 23 on earMUSIC / Eagle Rock Entertainment.

In order to preserve Blackmore's final run of Mk III concerts for posterity, DEEP PURPLE's managers had brought THE ROLLING STONES mobile recording studio over to mainland Europe. And what a show it was! "Graz 1975" is absolutely electrifying and exhilarating. Indeed, it has long been regarded as the holy grail of concert recordings among Mk III connoisseurs. A performance that has never been available in its entirety until now.

Kicking off with a blazing performance of "Burn", "Graz 1975" is a wild eight-track ride, firing on all pistons. Blackmore plays with controlled brutality. The vocal interplay between Coverdale and Hughes has never sounded so good. And, of course, stalwarts Lord and Paice give it a good kicking — and then some.

The track listing, naturally, is weighted heavily in favor of Mk III recordings, with just two songs from DEEP PURPLE's previous incarnation with Ian Gillan on vocals and Roger Glover on bass: the iconic "Smoke On The Water" and the almost-as-iconic "Space Truckin'". Still, it's true to say that, from beginning to end, "Graz 1975" showcases DEEP PURPLE Mk III at the absolute top — and also, ironically, at the end — of their game.

After almost 40 years the concert is still captivating. It is the perfect example that, for DEEP PURPLE, there is no need for extravagant video projections or expensive fire shows to play a unique and fascinating gig. All they need is their music. It is the love and passion for their music that makes every single show a unique experience. 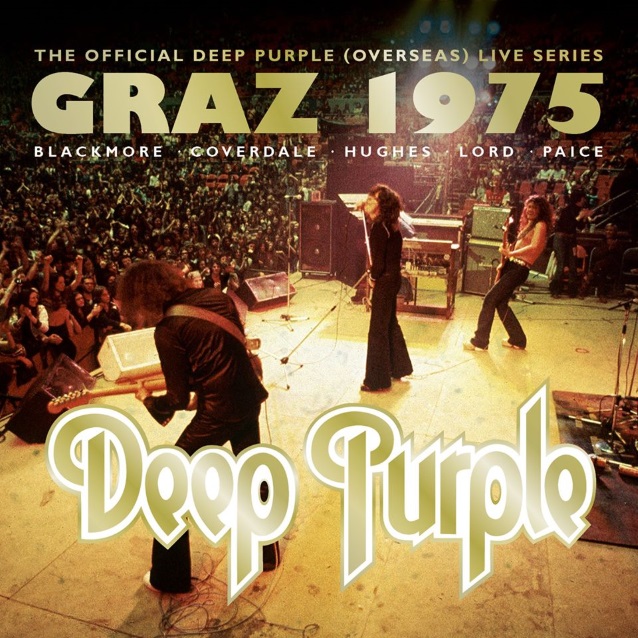