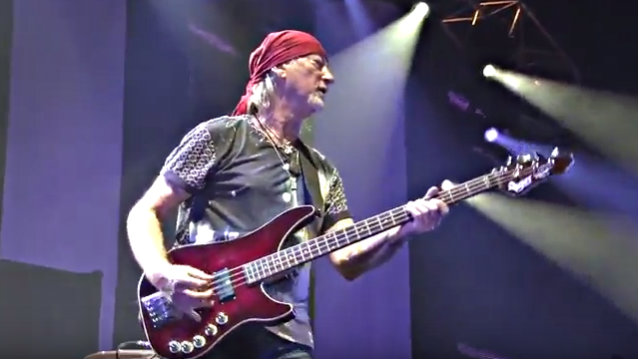 DEEP PURPLE drummer Ian Paice says "it's hard to accept" the fact that the band will eventually have to come to an end.

Although DEEP PURPLE's upcoming album, "InFinite", and accompanying tour, "The Long Goodbye", both suggest that the group will retire from the road after the dates, Paice tells U.K.'s Classic Rock magazine his love of making music remains as strong as ever.

"It's hard to accept that this thing you helped to create and grew up with will be no more," he says. "When we can no longer cut the mustard on stage, then we'll think about hanging the boots up.

"Go and listen to 1972 live album 'Made In Japan' and glory in the fact that there were a bunch of kids who could back then capture all that craziness and still have a measure of control. Now listen to what we're doing all these years later, and inside we're still a bunch of kids. You don't have to lose your love for making music."

For his part, bassist Roger Glover believes that DEEP PURPLE could carry on for up to four more years. He tells the magazine: "The record company came up with that title anyway. They're hedging their bets.

"The idea of announcing a final show like [BLACK] SABBATH has just done — none of us wanted that. So we thought, 'Sod it, let's just keep going.' But then no one knows what's around the corner.

"It seems the fashion these days is to drop dead — which is kind of frightening when people younger than you are suddenly gone."

"InFinite" will be released on April 7 via earMUSIC. The disc was tracked in February 2016 at a studio in Nashville, Tennessee and was once again helmed by Bob Ezrin, who has previously worked with KISS, PINK FLOYD, PETER GABRIEL, ALICE COOPER and KANSAS, among others.

"InFinite" will be the first album for Glover and singer Ian Gillan in their 70s. Gillan, the oldest member of the band, turned 71 last August. Glover became 71 in November. Paice is still several years younger at 68.

The band is rounded out by keyboardist Don Airey and guitarist Steve Morse. Airey joined in 2002, replacing Jon Lord. Morse joined in 1994 as the replacement for Ritchie Blackmore. 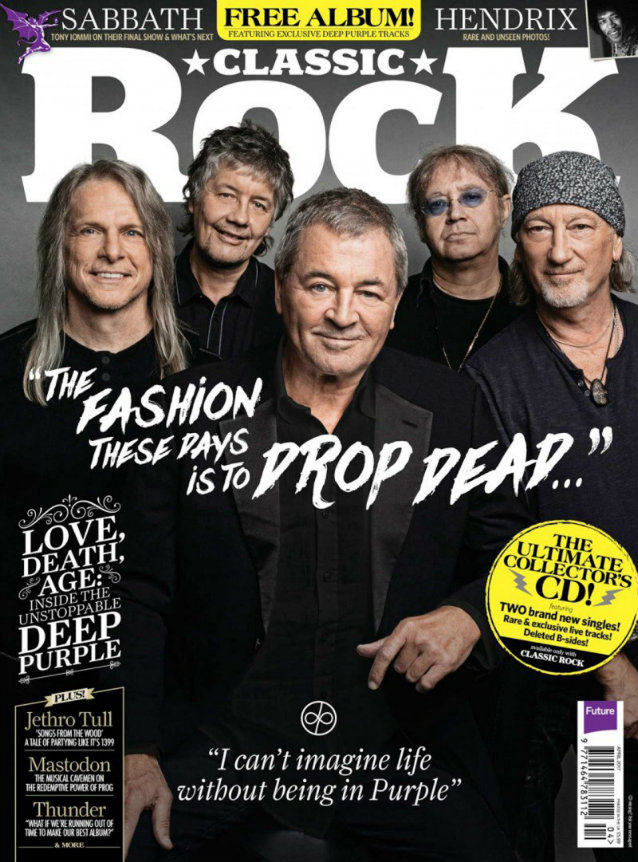