All albums have been cut from new digital transfers of the original master tapes at Abbey Road Studios, cut to heavyweight 180-gram purple vinyl. Artwork has been faithfully replicated to match the original pressings in conjunction with the band. All vinyl albums also come with download codes and is next in a lineup of classic DEEP PURPLE reissues coming from Universal Music.

Pre-order an exclusive bundle of all 8-albums here. Pre-order the albums individually here.

The band are currently on "The Long Goodbye Tour" of the world.

DEEP PURPLE drummer Ian Paice said: "These albums were recorded in the 'analog age,' that is before digital CDs. We went from recording tape to master cutting room to pressing plant, all of these mechanical processes, and its right that the listener should have the choice to listen to them via another mechanical process. By placing a needle on an 'album' on a turntable."

All albums will be released on September 7. 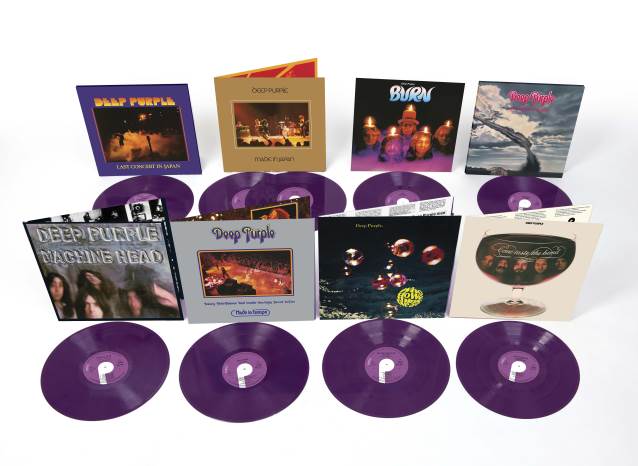