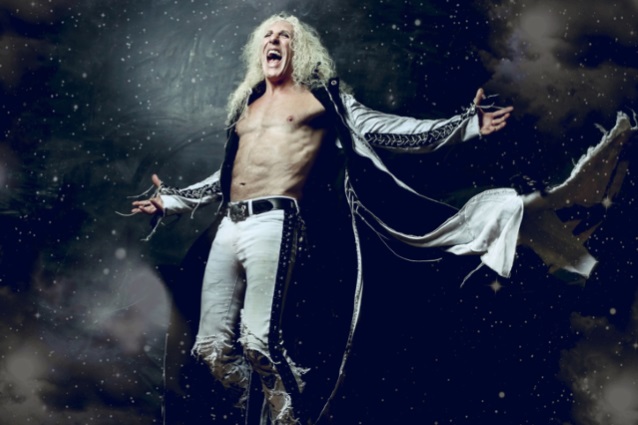 Commented Snider: "I am beyond excited to be working with one of the world's leading labels for heavy music, it's a perfect home for this album! I believe there's something for every hard rock and metal fan on this record and I cannot wait to unleash it on the world July 27th!"

Added Jasta: "I'm so happy and proud to have been a part of this project, Dee Snider is an American original, there is no other voice like his on earth, his power and passion really shine through on this album. Metal brings us all together and with Dee still at the forefront, it's a great time to be a fan of heavy music!"

Said Jones: "To be given the chance to write for and sing with Dee Snider, one of the men responsible for shaping heavy music as it is today, is an absolute honor. The voice, the mind, the swagger...the man is one of a kind."

Stated White-Gluz: "I am honored and humbled to sing alongside such a truly unique and talented soul. I love that Dee Snider has continued to shock people for decades just by being himself. I can't wait for everyone to hear our duet! It was no easy task matching up to Dee's level of vocal prowess but I was happy to accept the challenge and I'm in love with the results!"

Snider told the New Jersey radio station 90.3 WMSC-FM, about "For The Love Of Metal": "This is a really exciting album I did not expect to make, especially at this point in my life. I was doing Jamey Jasta's podcast, and he challenged me to make a contemporary rock record. And I was, like, 'Who's producing?' He said, 'I am.' And so we went in the studio [with] no record deal, and people started flocking [to appear on the LP]. It just amazed me, the enthusiasm and excitement that these younger musicians — younger than me, at least — had for working with Dee Snider and being a part of this project."