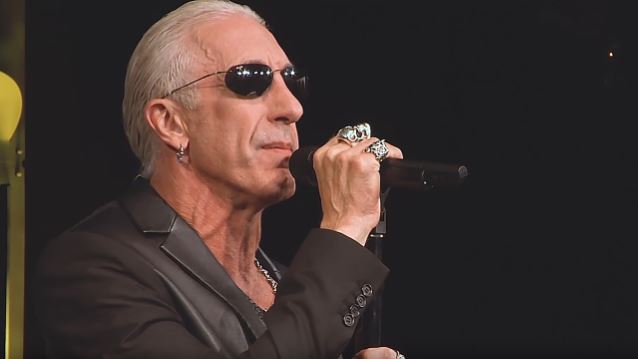 TWISTED SISTER singer Dee Snider has spoken to Rolling Stone about his decision to ask Republican presidential hopeful Donald Trump to stop using the band's signature anthem "We're Not Gonna Take It" as the "exit song" at the controversial politician's campaign stops. Snider — who knows Trump personally after appearing more than once on "The Celebrity Apprentice" — said that after Trump's "Muslim ban and wall comments," "some of my band members were very freaked out. We were getting hate mail," he explained.

Snider added: "I'm about having choice. I'm pro-gun, pro-choice, pro–all amendments. But ultimately, it all comes down to Supreme Court. That's the real damage a president does or doesn't do. The Supreme Court will ultimately affect the laws that will affect our lives — women's lives."

Although Snider calls Trump a "classy guy" for asking permission to use his songs, the singer says that he did not know some of the things that Trump believed in and stood for.

"I'm terrified by the people coming out of the shadows of the extreme right, these racist people who harbor ill-will," Snider added. "As long as [Trump] doesn't win, I think he's done us a favor. Because we were lulled into a false sense of security with a black president, thinking, 'Oh, now racism is gone.' And look what's happening today."

Trump has gained endorsements from far-right and racist groups, but has been slow to distance himself from them.