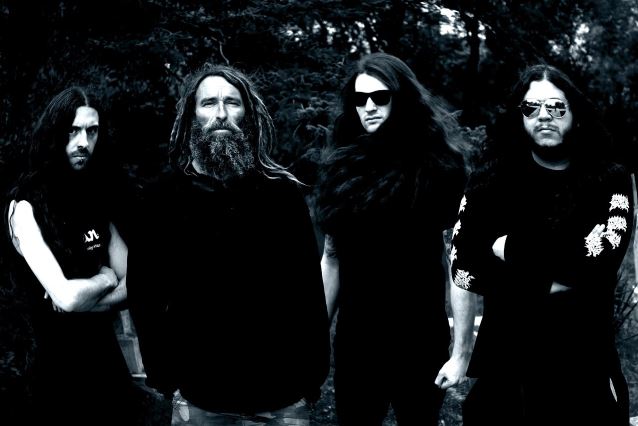 California's technical death metal purveyors DECREPIT BIRTH have signed a European record deal with Agonia Records. The band is currently working on its fouth studio album, tentatively due in late 2016.

DECREPIT BIRTH decided to move to Agonia after the expiration of the band's previous European deal with Nuclear Blast. The latter will continue its work with the band for the North American territory.

On the signing to Agonia and the upcoming album, DECREPIT BIRTH commented: "We are very excited to work with Agonia. We feel that it will be a great partnership and give us the exposure we've needed in Europe.

"The new DECREPIT BIRTH will be the heaviest and best album the band has recorded to date.

"A huge thank you to Agonia Records. We look forward to working with them in the years ahead!"

Officially formed in 2001, DECREPIT BIRTH released three studio albums to date. Their music, infused with technical and progressive twists, managed to forge a very solid international fan base and continues to forge their path into the future as one of the genre's finest bands.

DECREPIT BIRTH's latest album, "Polarity" (2010), was well received by critics and entered the Billboard's Heatseekers chart at #18, selling well over a thousand copies in its first week of release in USA. The record was supported by the Summer Slaughter tour, which saw the band play with acts such as DECAPITATED, THE FACELESS, ALL SHALL PERISH, VEIL OF MAYA and ANIMALS AS LEADERS.