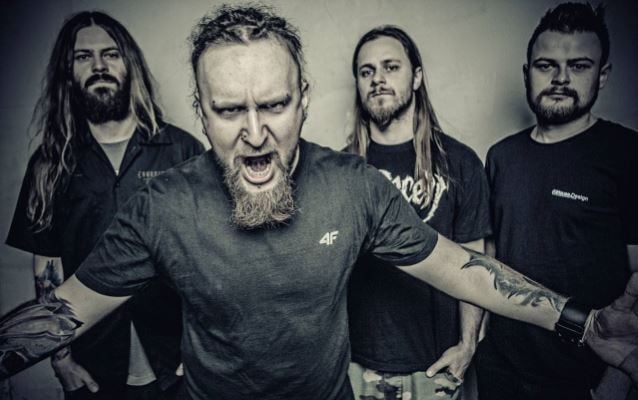 Polish death metallers DECAPITATED were involved in a serious van accident yesterday afternoon (Friday, October 24) while en route to a show in New Orleans, Luisiana. The band says in a statement: "We are all okay (two persons were hospitalized and released after a few hours) and we will continue our tour with AMERICAN SHARKS and GWAR. This time we were lucky."

On October 29, 2007, a tour bus accident claimed the life of DECAPITATED drummer Witold "Vitek" Kieltyka, and gravely injured the band's lead singer, Adrian "Covan" Kowanek, who has yet to make a full recovery.

After he underwent what was deemed to be "successful" neurosurgery, a 36-hour pharmacological coma ended with Covan suffering a cardiac arrest and diffuse cerebral hypoxia (wherein brain impairment occurs due to low blood oxygen levels) because of alleged "medical negligence." Covan returned home after another six months of treatment in October 2008. Since then, Covan has made vast improvements, but still is unable to communicate and care for himself and requires 24-hour care.