The cover artwork for "Night Electric Night", the third album from the Swedish industrial goth metal band DEATHSTARS, can be viewed below. Due on January 30, 2009 via Nuclear Blast Records, the CD was mixed at Toytown studios in Stockholm, Sweden with Stefan Glaumann.

The first single, "Death Dies Hard", will be released as a digital download only on January 2. 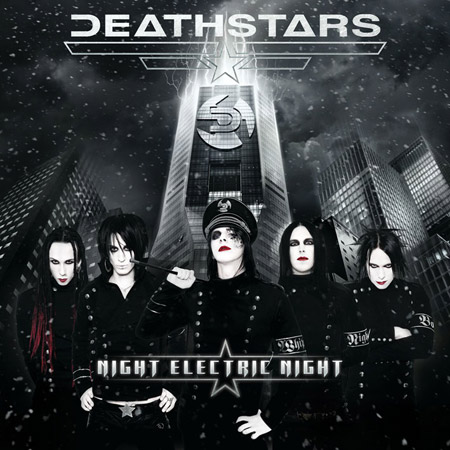