Commented the group: "We are all very excited about the material and feel really proud over what we have achieved. We hope you have patience to wait for the heart of deathglam in the raw — the new stunning album. The new album will be released in Europe by the end of January." Songtitles set to appear on the CD include "Night Electric Night", "Chertograd", "Blood Stains Blondes", "Opium" and "Venus In Arms".

In a recent interview with Lucem Fero, DEATHSTARS vocalist Andreas "Whiplasher Bernadotte" Bergh stated about "Deathglam", "It'll just continue with the deathglam that we play. In terms of this new album's style, I think it's more DEATHSTARS than ever. . . We're digging deeper and deeper into the impression that we began with 'Synthetic Generation', and we're achieving more and more freedom. We're breaking more and more away from metal and things like, which is all we just played before. It makes 'Deathglam' interesting." 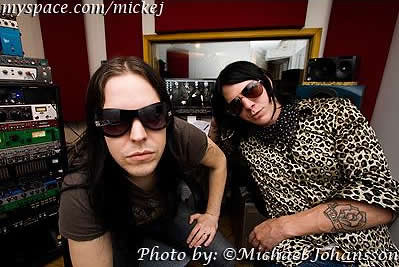 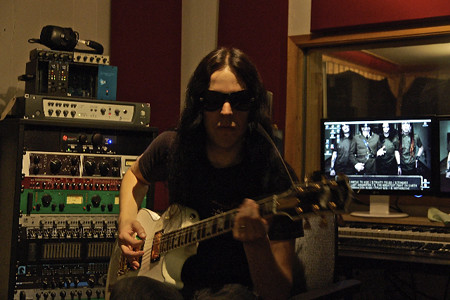