DEATHRIDERS, the band led by former ANTHRAX frontman Neil Turbin, has been confirmed for the Headbanger's Open Air festival, set to take place April 23-25, 2009 in in Brande-Hörnerkirchen, Germany.

DEATHRIDERS recently posted a rough-mix version of a second new song, "Riders Of The Apocalypse", on the group's MySpace page. The track comes off DEATHRIDERS' forthcoming album, "Back With A Vengeance", which is currently being recorded and mixed by Ken Orth at Alpine Sound in Mesa, Arizona.

DEATHRIDERS has already performed "Riders Of The Apocalypse" live at festivals and concerts in Europe, Japan and the U.S. The track features the kick-ass guitars of Sweden's Jonas Hornqvist of the band TREASURE LAND in collaboration with DEATHRIDERS guitarists Dave Watson and Mike Guerrero. 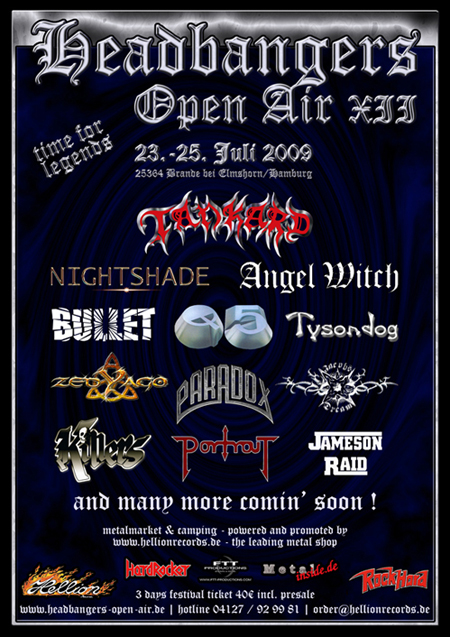 Footage of DEATHRIDERS performing the ANTHRAX classic "Deathrider" during the band's February 2008 Japanese tour can be viewed below.