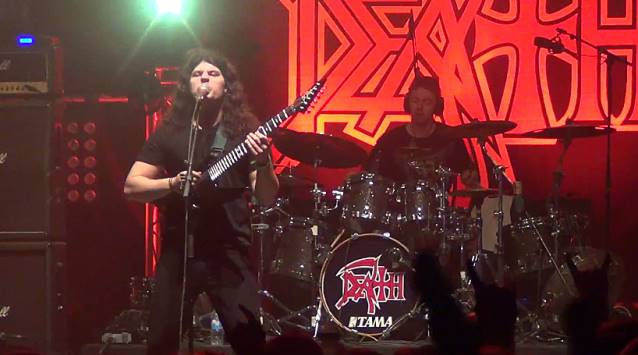 DEATH TO ALL (DTA), which features former members of DEATH celebrating the life and music of Chuck Schuldiner, has announced the "Swamp Leper Stomp '14" North American tour, a month-long run with fellow death metal legends OBITUARY and MASSACRE plus up-and-comers RIVERS OF NIHIL.

DEATH TO ALL's lineup consists of former DEATH members Sean Reinert (CYNIC) on drums, Steve DiGiorgio (TESTAMENT, CONTROL DENIED, SADUS) on bass, and Bobby Koelble on guitar. Max Phelps (CYNIC), who has been touring with DEATH TO ALL, will once again handle the vocal and second-guitar duties.

The "Swamp Leper Stomp '14" tour, which also features support from UNTIMELY DEMISE on select dates, kicks off in Los Angeles, California on November 14 and runs through December 13 in Tempe, Arizona.

** DEATH TO ALL only

DEATH TO ALL 's lineup for most of the recent tours included guitarist Paul Masvidal, who also played on DEATH's classic "Human" album.

In an interview with Metal-Rules.com, Masvidal stated about DEATH TO ALL's most recent touring incarnation: "[Because] it's just the 'Human' lineup, it's a tighter show. We're focusing on the best of leading to 'Human' and then a bunch of 'Human' material. So it's more the early DEATH catalog, and it just feels really good, 'cause Sean and I have a lot of chemistry from playing together a long time from CYNIC and everything. And Steve, who is just kind of one of us too, so it feels like really cohesive, it feels tight and we've been able to make it the kind of show that feels like a band show versus the last one. Which I think was a little bit more fragmented 'cause there was a lot of different musicians and it was kind of all over the place. So this feels tighter."

He added: "This [lineup] is as close as you'll get [to reproducing the 'Human' era] and Max bears a slight resemblance [to Chuck] if you squint your eyes. It's kind of interesting. And he sounds like him, too. It's pretty crazy but yeah, it works, it works well."

Chuck died on December 13, 2001 after a battle with pontine glioma, a rare type of brain tumor. 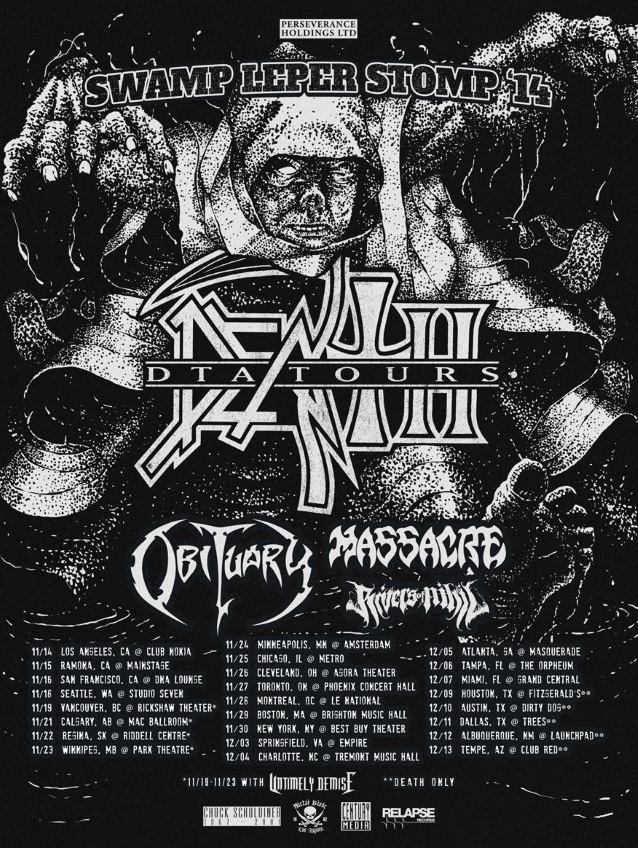