Death metallers DECREPITUS celebrated the November 1 release of "Break-The-Code" with a Halloween launch concert at the Ungdommens Hus in their hometown of Mo I Rana in northern Norway. The six-track album is the first release from the young Norwegian band and appears on the newly formed Decrepitus Records label.

Formed in 2003 by former VRAGVOLD guitarist AC, who left the black metal outfit to concentrate on DECREPITUS, the band has close ties with his former associates, with drummer Askesorg, and the newly joined vocalist Vantro, performing with both bands. Completing the lineup are Andreas Nilsen on guitar and Kanzer on bass. Svartravn of SVARTRAVN SORGTUNG, who is himself the bass player with VRAGVOLD, performed all the vocals on "Break-The-Code".

Commenting on the lineup, the guitarist said, "We come from quite a small town and most of us grew up together and started out playing in the same band, but, as frequently happens in these circumstances, our interests diverged as we started to develop our music. I wanted to play death metal, while VRAGVOLD remained true to their black metal roots, and Svartravn has his own industrial/electronic projects. It’s not unusual for band members to be in several bands, especially in Norway, and we find that working in different genres makes it more interesting, and allows us to expand our individual ideas. This way we can still work together and remain friends, rather than killing each other out of musical frustration!" 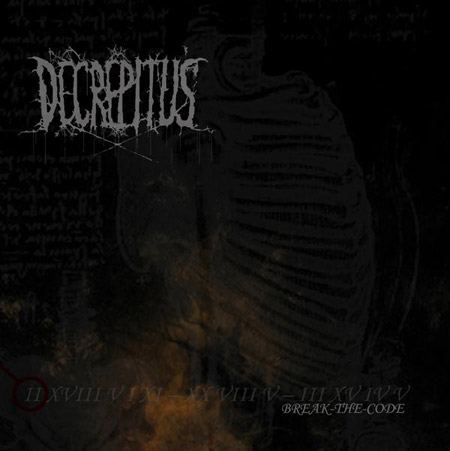