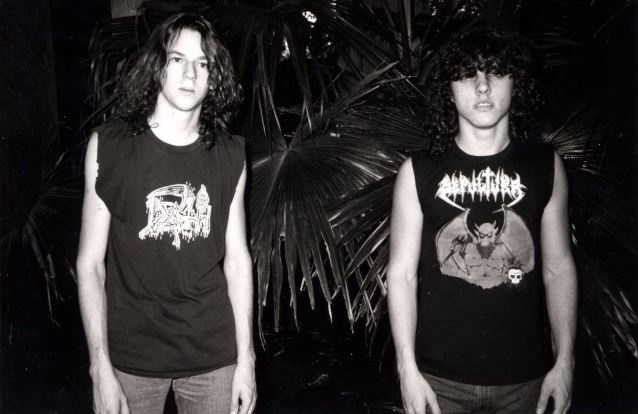 "Legion Of Doom", a previously unreleased song from the forthcoming reissue of DEATH's classic debut album, "Scream Bloody Gore", can be streamed below.

"Legion Of Doom" began life as a MANTAS demo, but the incomplete, instrumental DEATH version from the original "Scream Bloody Gore" Florida recording sessions featuring just Chuck Schuldiner on guitar and Chris Reifert on drums is now finally seeing the light of day for the first time ever. The track appears on Disc 2 of the "Scream Bloody Gore" reissue.

DEATH's legendary 1987 debut, "Scream Bloody Gore", is more than just an untouchable album — upon its release, it was positively genre-creating. "Scream Bloody Gore" founded the quintessential death metal sound, with more tormented riffs, screams, and leads than the world had ever imagined, and established Chuck Schuldiner's inimitable phrasing and songwriting style as the most singular voice in the burgeoning genre. Today, the album is viewed unanimously as one of the all-time most important cornerstones of death metal.

Physical pre-orders are available now via Relapse.com at this location. Digital pre-orders can be found via DEATH's Bandcamp page here.

Chuck died on December 13, 2001 after a battle with pontine glioma, a rare type of brain tumor. 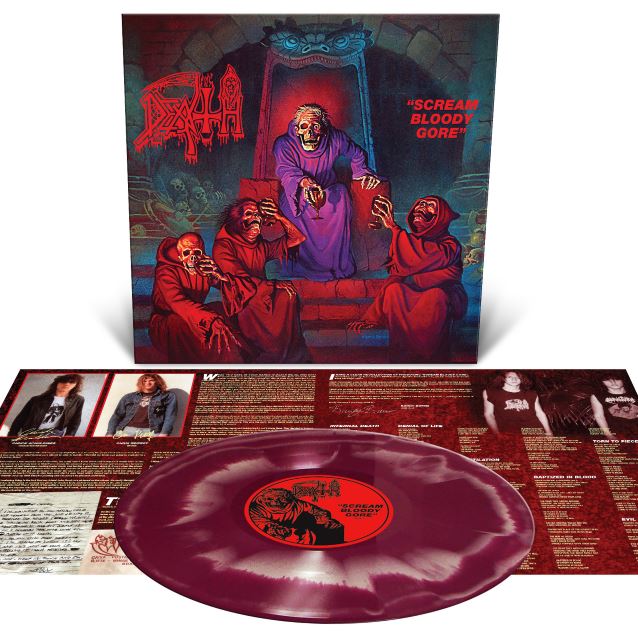