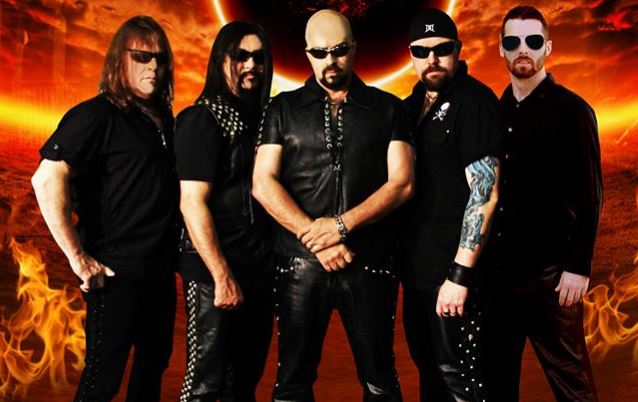 DEATH DEALER will hit the road this summer for a string of European dates. Available at these shows — which will run from July 16 through August 2 — will be a "Death Dealer Limited Edition Metal Tour Package", which will contain the following items (housed in a custom printed tin container):

The new DEATH DEALER song "Plan Of Attack" can be streamed below.

"The DEATH DEALER sound is a mighty combination of five very talented, seasoned musicians," explained Ross. "It's classic power metal with the brutal edge of thrash, speed, and precision."

DEATH DEALER in 2013 parted ways with drummer Kenny "Rhino" Earl (MANOWAR) and replaced him with Bolognese.

A former drummer for INTO ETERNITY and a Berklee College Of Music instructor, Bolognese is often spoken of as "the drummer's drummer," having received mentoring from drum prodigy Mike Mangini (DREAM THEATER). 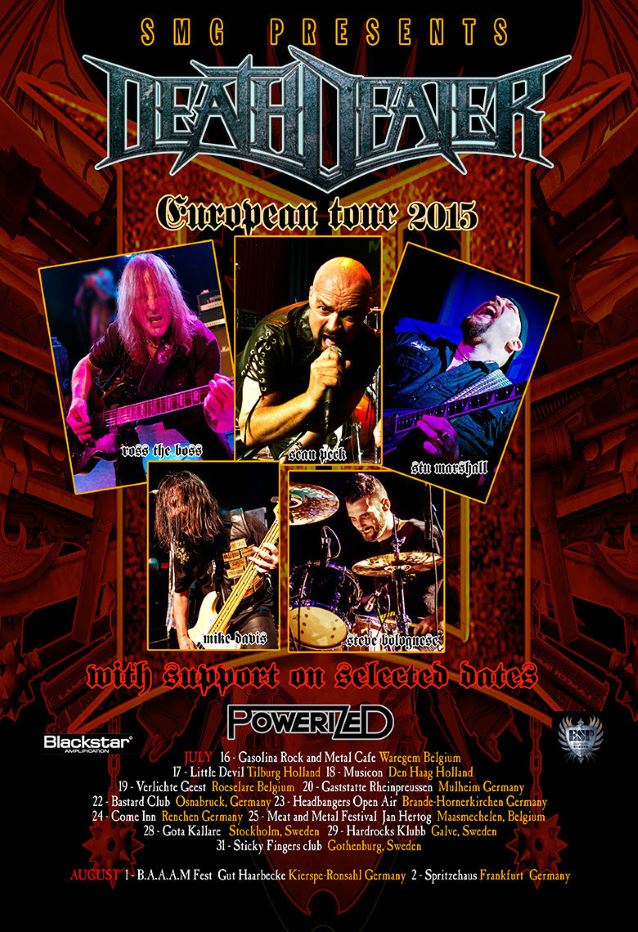