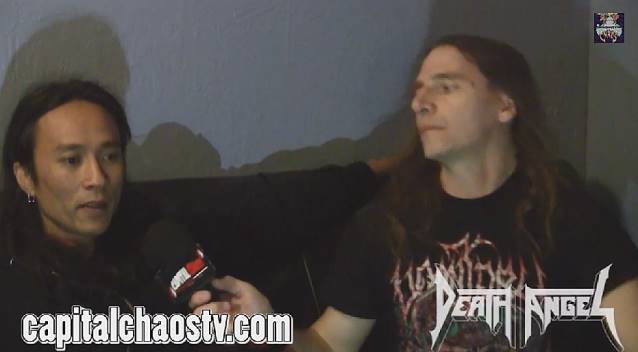 Capital Chaos TV conducted an interview with guitarist Ted Aguilar of San Francisco Bay Area metallers DEATH ANGEL before the band's February 28 concert at The Fillmore in San Francisco. You can now watch the chat below.