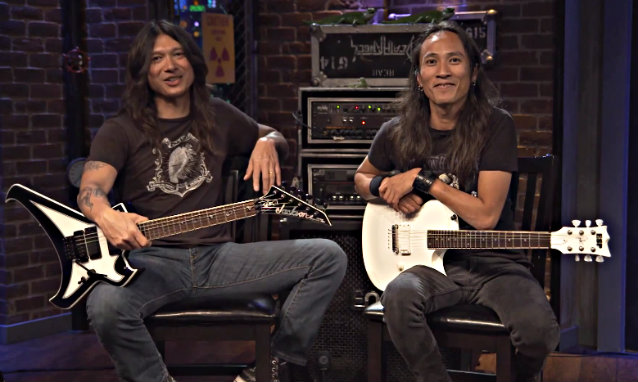 EMG TV has uploaded video footage of Rob Cavestany and Ted Aguilar of San Francisco Bay Area metallers DEATH ANGEL performing the song "Left For Dead" from the band's new album, "The Dream Calls For Blood". Check it out below.

DEATH ANGEL's North American headlining tour in support of "The Dream Calls For Blood" kicked off on October 18 in San Francisco. Support on the trek came from 3 INCHES OF BLOOD, BATTLECROSS, REVOCATION and DIAMOND PLATE.