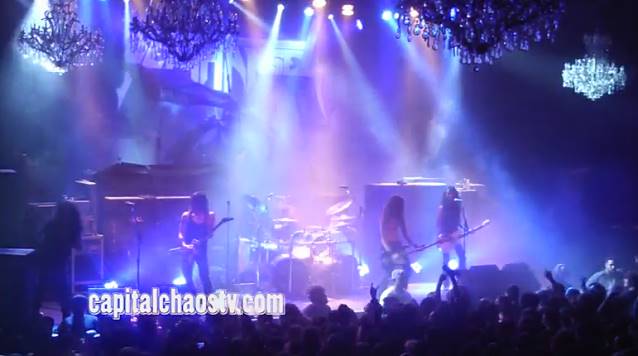 Capital Chaos TV has uploaded video footage of DEATH ANGEL performing the song "Thrown To The Wolves" on February 28 at The Fillmore in San Francisco, California. You can now watch it below.