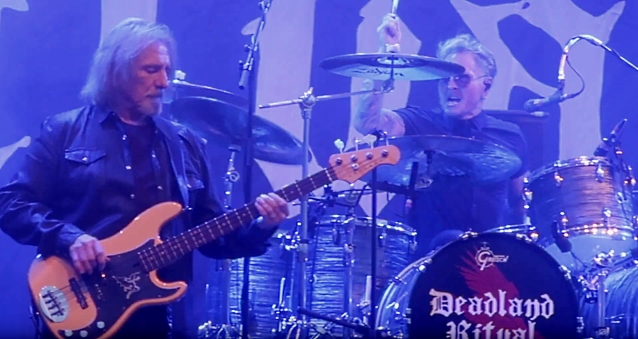 Fan-filmed video footage of DEADLAND RITUAL's performance earlier tonight (Thursday, June 13) at the O2 Academy Islington in London, England can be seen below.