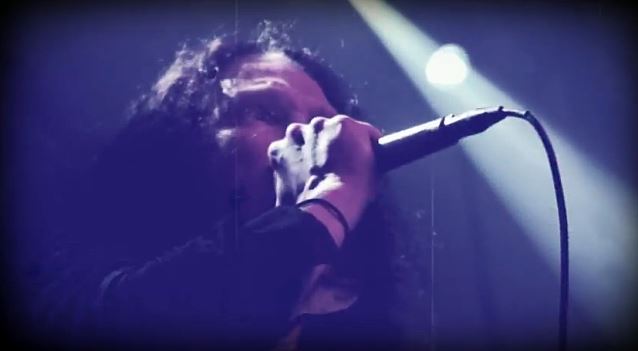 ".44", the new video from Finnish technical death metallers DE LIRIUM'S ORDER (DLO), can be seen below. The clip was produced by Jukka Pihlajaniemi (Yellow Bucket) and was filmed at the Tuska open air metal festival in June 2013 in Helsinki, Finland. The song features a guest appearance by Lars Eikind (BEFORE THE DAWN, WINDS, KHOLD), who performs the clean vocals

According to a press release, ".44" "investigates a mindset of a school killer, exploring a dark past and eventually, depicting the delirium that takes a hold on its victim, the killer."

".44" comes off DE LIRIUM'S ORDER's third album, "Veniversum", which was released in March 2012 via DLO Productions, distributed by Inverse Records.