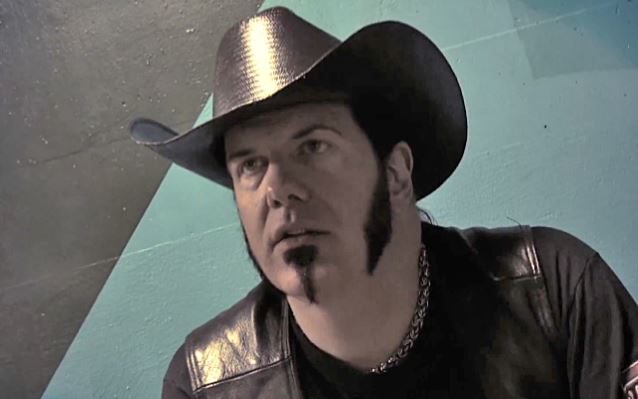 "I am aware of Trey Azagthoth's [MORBID ANGEL guitarist] announcement of a collaboration with Steve Tucker on new music. However, the inference that I have left MORBID ANGEL is incorrect. To be clear, I have not left MORBID ANGEL nor have I been asked to do so."

Azagthoth released a statement earlier today saying that he was "excited to announce that Steve Tucker and I are working together again for MORBID ANGEL and the next record will certainly be an amazingly sick World Beater!"

Tucker added in post on his Facebook page: "Yes! It is true. I am happy to announce that Trey and I are both stoked to be making music together, again?! Thank you for all of the great messages of support that I have received! To the haters, suck it!!! Again!"

Drummer Tim Yeung confirmed his exit from MORBID ANGEL earlier today, explaining in a statement: "There have been some lineup changes with MORBID ANGEL. Unfortunately, due to financial differences, I will not be continuing with [the band]… I wish Trey and MORBID ANGEL all the best. As for myself, I'm always up for the next opportunity life throws my way."

Vincent told Planet Mosh TV in December 2014 that MORBID ANGEL was "done [touring] for awhile" and that "was "time to write" material for the follow-up to "Illud Divinum Insanus".

David also addressed the mixed fan reaction to "Illud Divinum Insanus", explaining: "Listen, I thought a lot of that stuff [that ended up being on the record], it was really interesting to me as well. Trey came in and he had some crazy ideas. And I [said], 'Great. Let's have fun with it.'"

He continued: "We're not really a traditional band; we sort of follow our own path. And it is what it is. I mean, it's always been that way with this band. Most of our records sound different than everything that's ever been out there, [and I think that's] good. I don't wanna sound like everybody else."

Vincent added: "Listen, I've said it before. I'm not very good at being anybody else, but I'm pretty good at being me. So I'll stick with what I know."

"Illud Divinum Insanus" sold around 3,600 copies in the United States in its first week of release to enter The Billboard 200 chart at position No. 141.