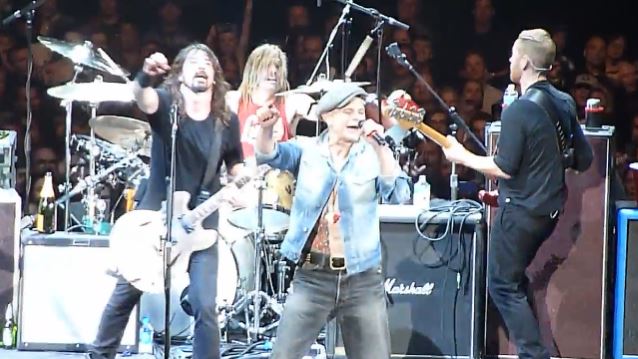 Stanley performed "Detroit Rock City" and "Destroyer" classic "Do You Love Me?" with the FOO FIGHTERS. Cooper came up for "School's Out" and "I'm Eighteen". Wylde fronted FOO FIGHTERS for a pair of BLACK SABBATH songs, "N.I.B." and "Fairies Don't Wear Boots", as well as the closing track, a cover of Chuck Berry's "Let It Rock", with Slash and Lemmy. Farrell joined FOO FIGHTERS for JANE'S ADDICTION's "Mountain Song" and a cover of THE ROLLING STONES' "Miss You".

All tickets for the very special in-the-round performance benefitting multiple charities set the buyer back $50, with $10 of that sum being distributed amongst Rock School Scholarship Fund, MusiCares and Sweet Relief.

"Sonic Highways", the FOO FIGHTERS' eighth studio album, was recorded on location in eight different American cities, with the cameras following them around to each session.

The show featured a history of each city's local scene and musicians, as well as footage of the band recording the new disc with some of those local artists as guests.

The band will launch its biggest North American tour ever later this year, hitting arenas, amphitheaters and stadiums in the summer and fall. 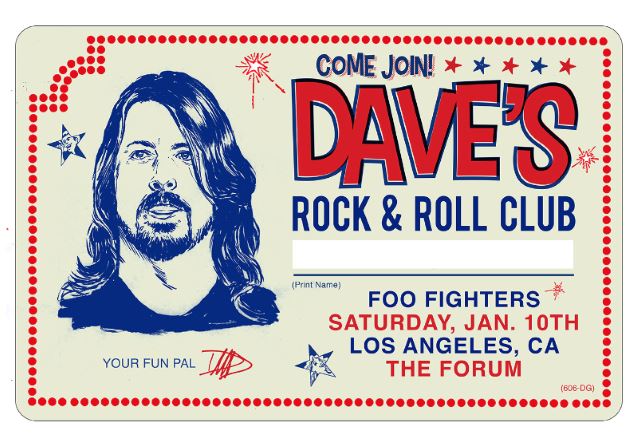