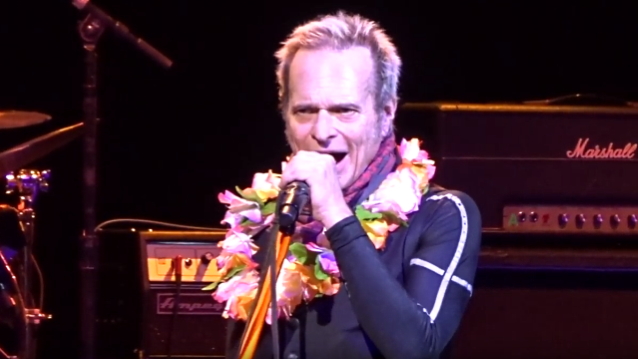 As for the setlist, Roth said that it "will be constantly redefining during the night," adding that he has recruited musicians with the right kind of chops to handle his material.

"I have a band that took over a year to put together, because we have real musicians really playing who can really interact with me," he said.

Roth will play six more Vegas shows in March, in addition to performing as the opening act for the upcoming North American legs of KISS's "End Of The Road" farewell tour starting on February 1 in Manchester, New Hampshire.

Roth's Vegas residency isn't be the first time he has set up shop in Sin City. Back in 1995, Roth completed a Las Vegas engagement at Bally's Hotel and Casino and another short run at MGM Grand.