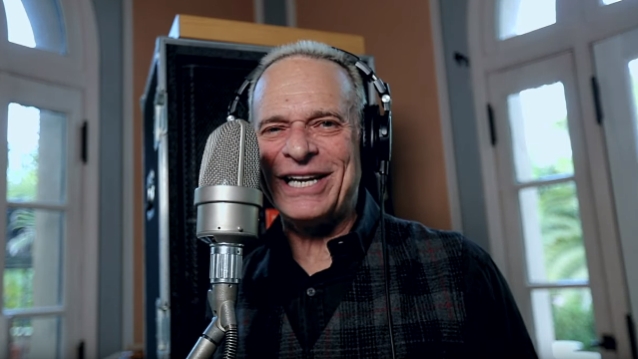 VAN HALEN frontman David Lee Roth has recorded a message for the readers of the Van Halen News Desk about his dog Russ, thanking the fans for their kind words in the wake of the dog's passing.

The 12-year-old Australian cattle dog regularly appeared in Roth's blogs and accompanied the singer to every city VAN HALEN performed in on the last two tours, including Japan and Australia. In addition, his bark was immortalized in the track "HoneyBabySweetieDoll" on VAN HALEN's last album, "A Different Kind Of Truth".

At the of end of his life, Russ was stricken with terrible arthritis in all four limbs, to the point where he could not even move.