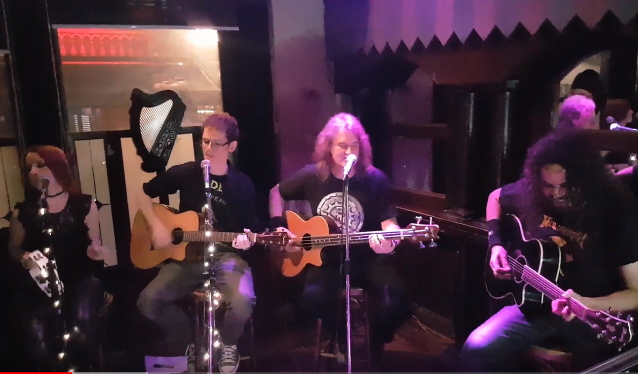 MEGADETH bassist David Ellefson performed with the acoustic MEGADETH tribute band MELLOWDETH on December 2 at the Kilkenny Bar in Buenos Aires. Video footage of his appearance can be seen below.

Last year, Ellefson wrote on social media about MELLOWDETH: "I love this band so much! MELLOWDETH in Buenos Aires do such creative acoustic versions of the classics!"

Ellefson has been open about the fact that he became a salaried employee upon his return to MEGADETH in 2010, something he shared with the world in his latest book, "More Life With Deth".

Six years earlier, Ellefson declined to rejoin MEGADETH upon the band's reformation, citing concerns with the business structure he had in place with Mustaine.

When Ellefson eventually rejoined MEGADETH nine years ago, he was no longer as involved in the band's composing process and business affairs like he was prior to the group's breakup.