Since joining DEEP PURPLE in 1973, David Coverdale has enjoyed a hugely successful career. Having been plucked from semi-professional obscurity by DEEP PURPLE, within months he was cavorting around the globe with one of the biggest rock bands in the world and fronting PURPLE on its 1974 U.S. tour which included performing in front of one of the biggest audiences ever for a one-day concert at the California Jam in front of hundreds of thousands.

After three albums the band finally succumbed to the internal frictions and called it a day in 1976. After initially launching himself with two solo albums, Coverdale set about rebuilding his career with his own band WHITESNAKE.

By the early eighties, sell-out U.K. tours and hit singles proved that Coverdale was capable of achieving success with his own band and later that decade, WHITESNAKE hit the heights in America that he had experienced with DEEP PURPLE, with its multi-million selling, eponymous 1987 album.

By the early nineties, Coverdale put the band on hold whilst enjoying a brief dalliance with Jimmy Page, as well as later finding time for further albums under his own name, but WHITESNAKE has continued to be at the forefront of Coverdale's career from the mid nineties and onwards and remain relevant in the new millennium. May 2019 seeing the release of the band's first new album in four years and at the age of 67, Coverdale shows no signs of slowing down as WHITESNAKE embarks on a world tour throughout 2019.

This new publication is a coffee-table-style book that celebrates his life in music. Beautifully designed and packaged, "A Life In Vision" documents key moments of David Coverdale's long and illustrious career as one of rock's finest singers with photos from DEEP PURPLE through to the present day WHITESNAKE along with stories that chart his career.

Housed in a bespoke, custom-made, block foil, buckram presentation box it also includes a set of prints, ideal for framing and is strictly limited to 500 worldwide.

Customers who pre-order by May 31 can have their names printed in the book on a dedicated fan page. 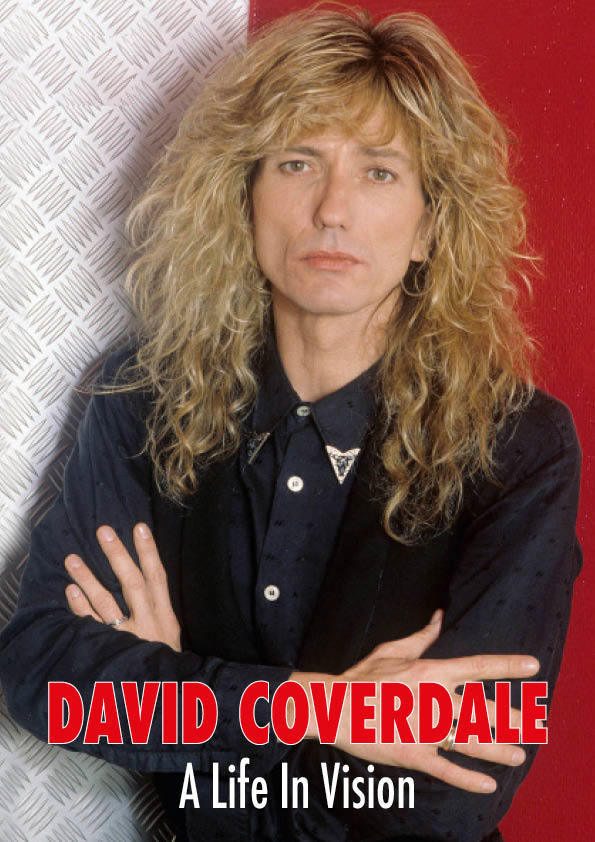