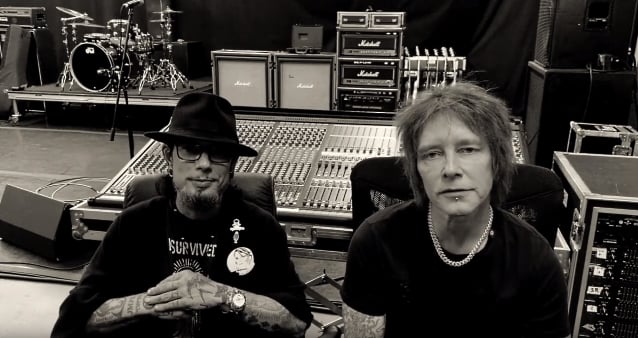 Guitarists Dave Navarro (JANE'S ADDICTION) and Billy Morrison (BILLY IDOL) have announced the second annual "Above Ground" benefit concert, set to take place on Monday, September 16 at The Fonda Theatre in Hollywood. As with last year's successful event, this immersive evening of art and music will celebrate the vinyl album as an art form, and at the same time raise awareness and funds for the treatment of mental health, with the profits being donated to MusiCares, a charity of The Recording Academy.

This year Navarro and Morrison — and an array of special guests to be announced in the coming weeks — will tip their hats to two of the greatest albums of all time: David Bowie's "The Rise And Fall Of Ziggy Stardust And The Spiders From Mars" and THE STOOGES' self-titled debut album, on which the world was introduced to Iggy Pop. There will be unique stage sets and production for each album's performance.

During the intermission between performances, there will be speeches from people in the mental health field along with art items for auction, live graffiti from prominent street artists and information booths.

Asked how "The Rise And Fall Of Ziggy Stardust And The Spiders From Mars" and "The Stooges" shaped them musically, Billy said: "Oh, the 'Ziggy' album was everything to me. A sexually ambiguous alien in a woman dress singing about space? What is there NOT to like about that? Mick Ronson formed my whole playing — listening to his Les Paul when I was a kid was almost a spiritual experience. And THE STOOGES just personified raw power and emotion — the things that spoke to me the most when punk was happening."

Added Dave: "Both of these iconic albums helped shape the sound of JANE'S ADDICTION and were instrumental in terms of influences. As a young man I had been drawn to theatrical performances, KISS and Elton John among them. When I got to 'Ziggy', it was as if I had found the perfect blend of theater, story and depth with a musical originality. As for Iggy, let's just say that our punk rock roots were firmly in place when this album came out, pushing the boundaries of aggression and art and poetry, something that I see in Perry Farrell as well. It's no wonder Iggy is one of his all-time favorites as well." 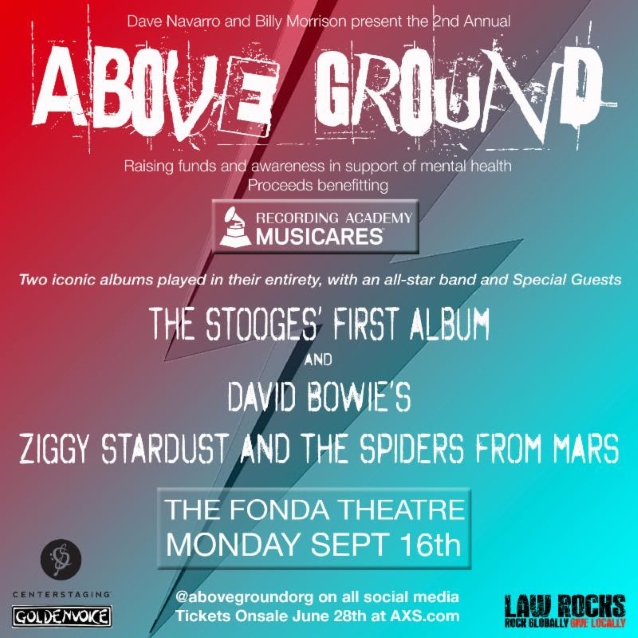