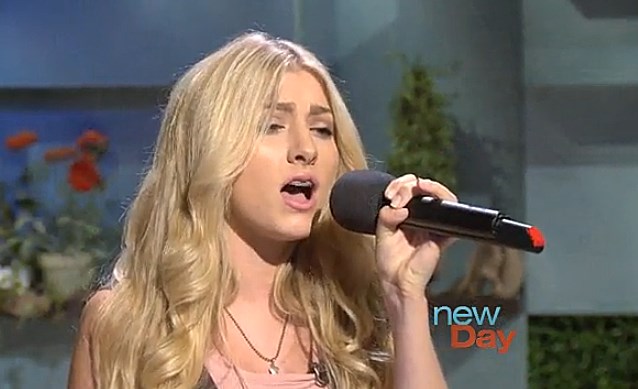 According to King5.com, Electra Mustaine, the daughter of MEGADETH mainman Dave Mustaine, and Jason Kertson, the grandson of Rob Lind, a member of THE SONICS, a Seattle-area band that helped shaped the punk rock music sound in the '60s, have teamed up for a special concert to benefit Operation Ward 57, a non-profit organization that helps wounded servicemembers and their families.

Electra and Jason performed their version of the MEGADETH song "A Tout Le Monde" on King 5 TV's "New Day" with Margaret Larson, then joined Margaret to talk about their families' respective musical legacies and why it's important for them to respect and support the military. Brittney Hamilton, founder of Operation Ward 57, shared more about the work the group does and praised Electra, Jason and other young people who take such an active role to salute and support the military.

Electra and Jason will perform this Thursday, August 22 with local band LADY JUSTICE at Louie G's in Fife, Washington. The show begins at 7:00 pm and tickets are $5 (suggested donation) at the door. 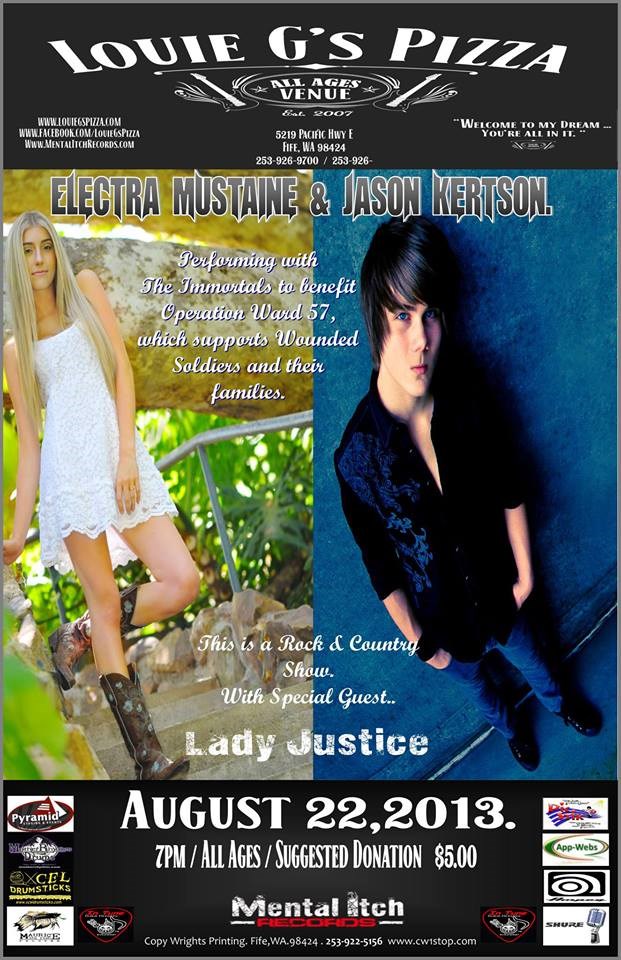