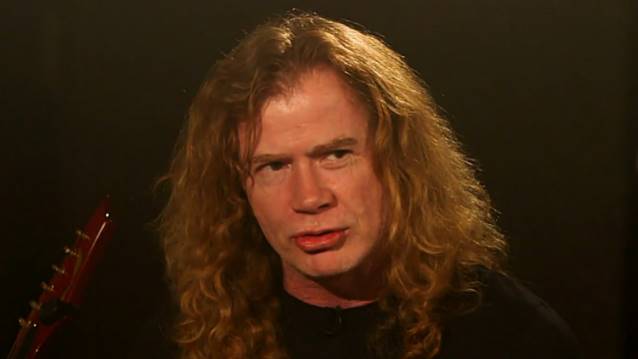 The first episode of "Metalhead To Head", a web-only show where metal masters sit down together for surprisingly candid conversation and plenty of one-time-only music demonstrations and collaborations, can be seen at Fuse.tv. The episode features Dave Mustaine and Ricky Warwick (BLACK STAR RIDERS, THIN LIZZY). New episodes will debut every other Wednesday. Always at 1 p.m. ET. And always on Fuse.tv.

He continued: "Playing, for me, doing solos and stuff like that, there's a lot of technique stuff that people do, they do sweeping and stuff like that and they do a lot of stuff that's real pretty-looking, but you know what?! After a while, someone sweeping through a whole solo, it's, like, enough already. I believe that David Gilmour can do more with one note than half of these kids that are out there now that can just do these mind-blowing solos."

Artist pairings for future "Metalhead To Head" episodes include: