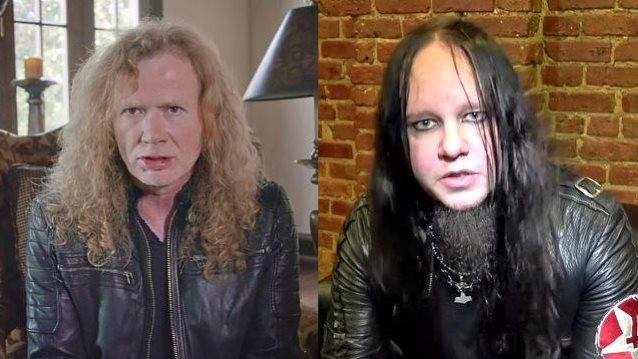 MEGADETH mainman Dave Mustaine and VIMIC, the new band featuring former SLIPKNOT drummer Joey Jordison, have both shared photos on social media of Dave and Joey at a Nashville studio, leading to speculation that Mustaine will make a guest appearance on VIMIC's upcoming debut album.

In the studio #Nashville