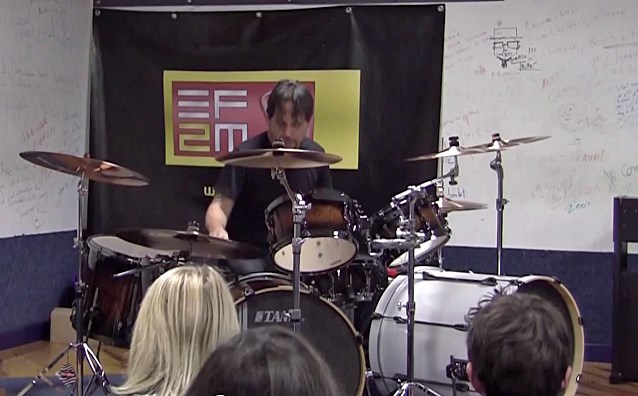 Video footage of Dave Lombardo's (SLAYER, PHILM) November 19, 2014 drum clinic at EF2M in Tourcoing, France can be seen below. 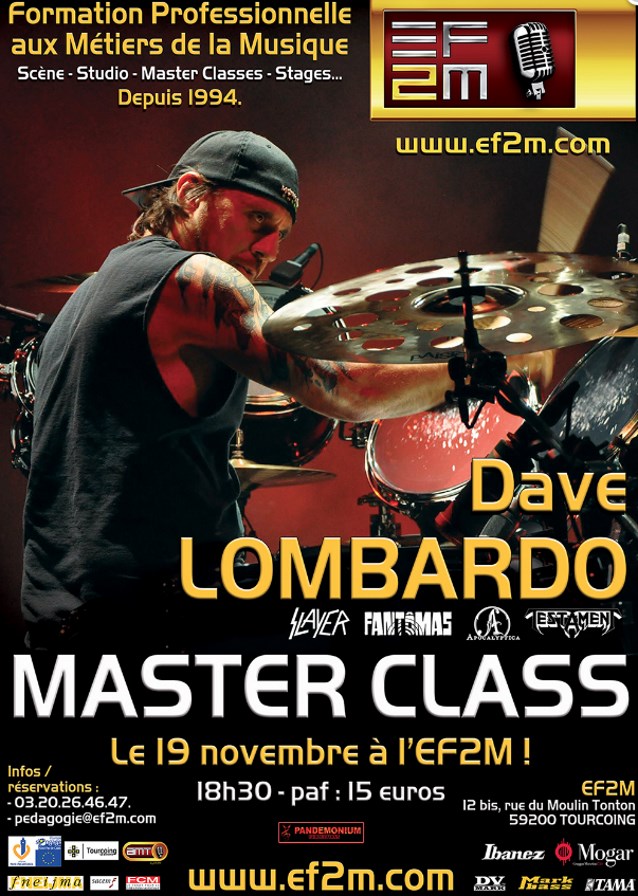