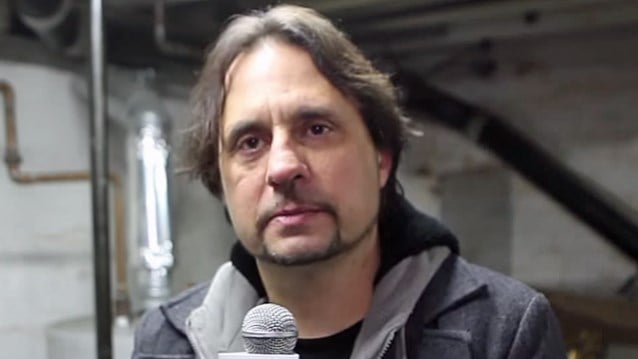 In a brand new interview with BelfastTelegraph.co.uk, former SLAYER and current PHILM drummer Dave Lombardo was asked if had much interest in the violent lyrics and imagery SLAYER has always been known for.

"When you're a kid and you're rebellious, you want to shock people, and that's basically what we did," he responded. "I don't feel that way now. I feel there are other ways to gain attention through music — by musicianship. At the time, we had all these religious fanatics that were pointing at rock bands, saying that if you run the record backwards it says whatever about Satan. Come on, really — who has the time to play a record backwards?"

Asked if that side of things got old after a while, Lombardo replied: "Absolutely, yeah. It is the imagery of the band and that's what you continue — you find your niche and you go with it. Some people like to create music in that vein all the time, but I like to branch out and do other things as well."