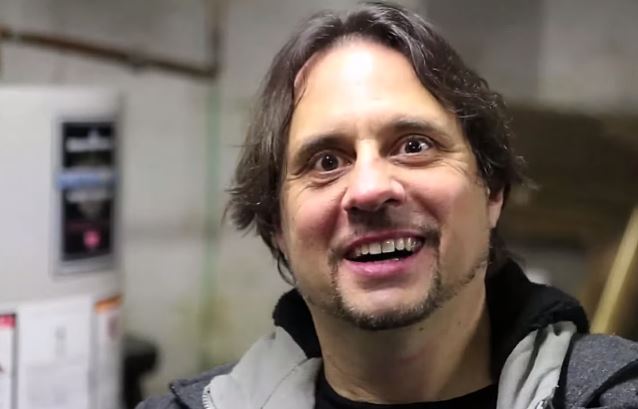 In a brand new interview with Metal Ireland, former SLAYER and current PHILM drummer Dave Lombardo was asked if there is any truth to the rumor that he was being considered as a possible replacement for Lars Ulrich when METALLICA was allegedly contemplating making a drummer change in 1986.

"That's news to me," he responded. "I never heard about that. I never heard they were gonna get rid of Lars."

He continued: "In '86, I was looking to join MEGADETH, to replace Gar [Samuelson]. I met all of them sometime in '86, but they were heavily into drugs and I really wasn't into that. They really didn't look to healthy either; they looked pretty bad."

Asked if he could see himself joining a band like MEGADETH today following the group's recent split with Shawn Drover, Lombardo said: "MEGADETH has its own style.

"I'm really busy with my own music and new band.

"I've been getting phone calls, like, 'Are you gonna join this band? Are you joint this band?' No, no. I refuse to be someone's employee. I want to work on something I'm a part of, not just a guy that receives a paycheck. I want to be part of the artist development… an artist, not just a hired gun. I've had enough of that. I need that freedom."

Drover quit MEGADETH on November 25, 2014 "to pursue [his] own musical interests." His statement can be found at this location. Guitarist Chris Broderick announced his departure from MEGADETH a few hours later, saying that he was exiting the group "due to artistic and musical differences."