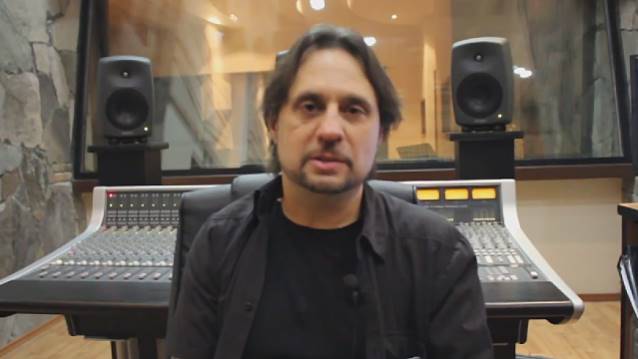 Former SLAYER and current PHILM drummer Dave Lombardo was interviewed on the latest installment of Australia's "Blood, Sweat And Metal" podcast. You can now listen to the chat using the widget below.

Asked to elaborate on his recent comment that the current SLAYER lineup is missing a "certain magic" that the band's original formation — featuring Lombardo on drums and late Jeff Hanneman on guitar — had, Dave said: "Being… not a musical purist… I don't wanna myself that… but I appreciate certain lineups and the works that some of these musicians have done together. And I think that's what I appreciate and I embrace. The members that it took to produce that album. So, let's say, with KISS, I really liked 'Destroyer', and I also loved 'Dressed To Kill'. There's several albums that some people would not probably think, but I do, because as a unit, the album, you know, has a good feeling throughout every song. So that's what I go for. But that's my personal opinion. Some people like… What was the one album after 'Dynasty' when they got the new member? Or was it 'Dynasty'? it just wasn't the same. It was either that or I had outgrown the band. You see, that sometimes happens. Sometimes you outgrow a band and when you go back and listen to a particular album, it just doesn't appeal to you anymore, because you've evolved in what you're listening to."