In the latest issue of U.K.'s Mojo magazine, former NIRVANA drummer and current FOO FIGHTERS frontman Dave Grohl shares the albums and songs that saved his life and shaped his sonic imagination — a list that includes pivotal releases from THE BEATLES, HÜSKER DÜ, AC/DC, 10CC, SEPULTURA and BAD BRAINS.

Speaking about SEPULTURA's classic 1996 album "Roots", Grohl told the magazine: "When I was young, my best friend was Jimmy. We were discovering music together, but we split paths around the time I discovered DEVO and he discovered LOVERBOY. That's not exactly a two-way street. So as I was buying my GBH singles, Jimmy ordered a record by METALLICA. Three weeks later, I get the phone call: 'Dude, get the fuck up here right now.' He had just got the cassette of 'Kill 'Em All'. That's where Jimmy and I met in the middle. At one point he discovered SEPULTURA — 'Arise' was the first one he got. I loved them. The first time they played Seattle, they were just ferocious. It wasn't that groomed heavy metal aesthetic; there were dreadlocks everywhere and the guitars were tuned down to Z. [Krist] Novoselic [NIRVANA bassist] started getting into them too, and at one point we entertained the idea of having them open up for NIRVANA. It never happened… Then 'Roots' came out, produced by Ross Robinson and mixed by Andy Wallace: sonically the most powerful album I had ever heard. Made everything else sound like a flea fart. That record became the gauge for every studio album FOO FIGHTERS did for ten years. 'That sounds pretty good, but see how it stands up to that SEPULTURA record…' There's no way we ever got anywhere close. But it gave you perspective — this is heavy. What you're doing? It's okay, but this is heavy."

Grohl's appreciation for SEPULTURA eventually led him to recruit the band's former frontman, Max Cavalera, to appear on the acclaimed debut album from his PROBOT project, which was released in February 2004 by Southern Lord Records. More recently, Grohl wrote the foreword to Max's autobiography, "My Bloody Roots: From Sepultura To Soulfly And Beyond".

Cavalera told Phoenix New Times: "Dave Grohl did an awesome intro. He tells a story about how he bought a $50,000 speaker for his studio sound system, and he pops in 'Roots' and it blew up the whole fucking thing. [Mimicking Grohl] ''Roots' blew up my whole system.' I love that story. If your album can blow up a $50,000 system, you're doing something right." 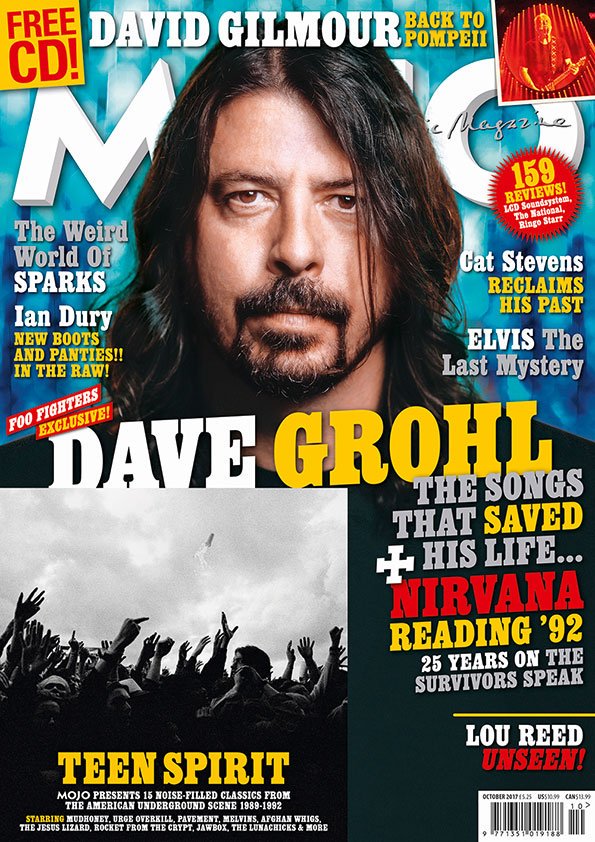