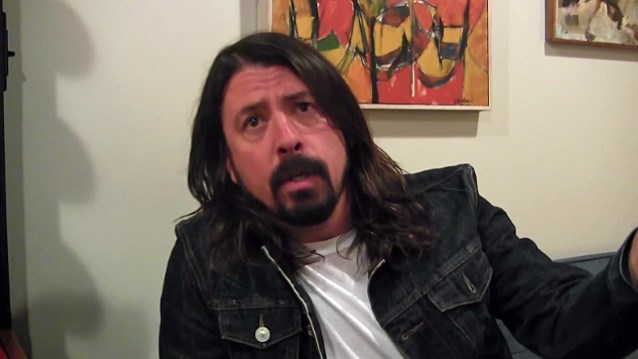 Want to know what it takes for Dave Grohl to write a song? Now you can.

According to The Pulse Of Radio, the FOO FIGHTERS rocker explains just how the tracks for 2014's "Sonic Highways" came about in a new video posted by "The Tonight Show Starring Jimmy Fallon".

Fans may already know that the album was recorded in eight different cities and studios across the country, but now Grohl reveals just how it was done. FOO FIGHTERS would start recording in the studio during the day and then in the evenings, Grohl would interview various local musicians. By day four or five Grohl would pour over the interview transcripts and outline the songs he wanted to write.

Grohl said, "I would pick out words, phrases and sentences from the interviews. He would then put those words into his journal and use the phrases to get inspiration to write a song.

He said, "It was meant to represent that whole week we had been there by telling the stories of the people I had talked to."

FOO FIGHTERS will be on the road for much of 2015. Overseas dates begin this month, with a U.S. tour kicking in July.