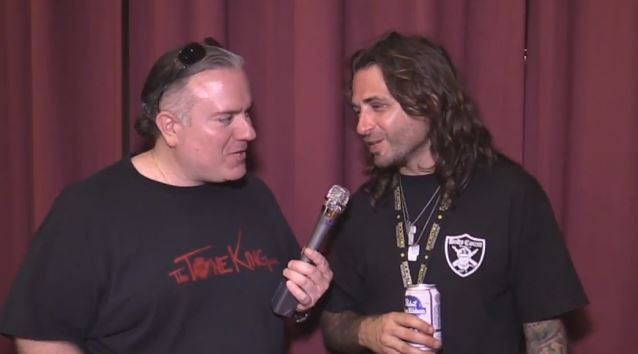 TheToneKing.com conducted an interview with guitarist Mike Schleibaum of Washington D.C. metallers DARKEST HOUR at a recent stop on the Rockstar Energy Drink Mayhem Festival. You can now watch the chat below.

DARKEST HOUR's self-titled album was released on August 5 via Sumerian Records. The CD was recorded at Oceanic Recording with producer Taylor Larson.

Comments Mike Schleibaum: "Along with a new rhythm section, we also chose a very different route for the album's production this time around. While we have worked with well known producers in the past (Brian McTernan, Devin Townsend, Fredrik Nordström), we chose a much younger and more local producer in Taylor Larson. He recently gained a lot of attention after his work with PERIPHERY, and after spending some time working with him, we knew he was the man for the job."